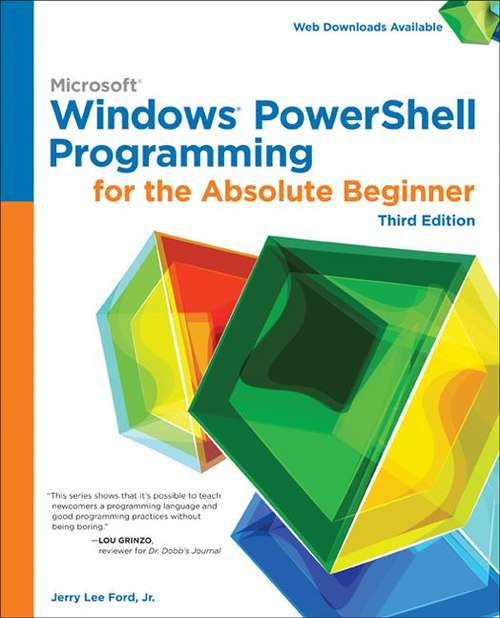 Welcome to the third edition of Microsoft Windows PowerShell Programming for the Absolute Beginner.

The second edition covered PowerShell 2.0 and was released three years later, in October 2009. It added a lot of new features and capabilities, like PowerShell remote administration, while retaining backward compatibility for PowerShell 1.0. PowerShell 3.0 was released three years later in September 2012. It also provided a host of new capabilities to PowerShell--most notably support for workflows, which are complex or long-running collections of tasks. PowerShell 4.0 was released just one year later, in October 2013. Its big new feature was Desired State Configuration (DSC), which can be used to automate the configuration of Windows services.