The Damsel and the Daggerman 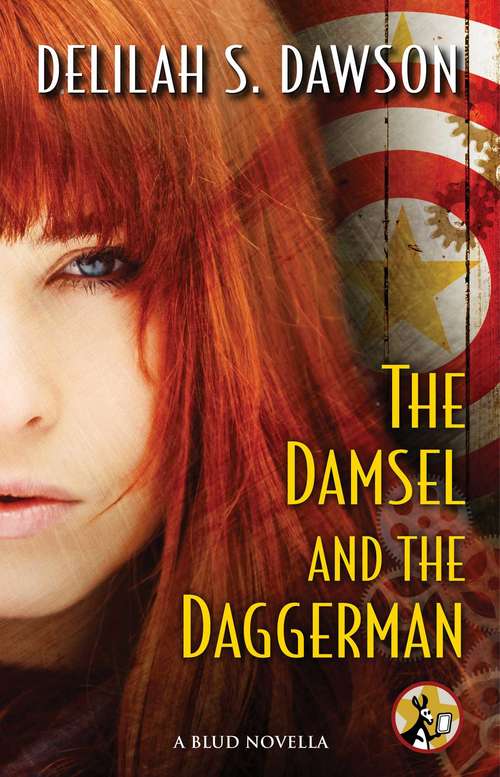 In this sizzling new e-novella from the author of Wicked As They Come, a knife-thrower meets a lady journalist determined to uncover his dark and dangerous past.

Bad boy knife-thrower Marco Taresque is the hottest and most dangerous performer in the caravan. He keeps to himself until a pesky female journalist arrives, anxious to interview him about his checkered past--his last assistant disappeared under mysterious and bloody circumstances, earning him the nickname "The Deadly Daggerman."

Unsinkable journalist and adventurer Jacinda Harville doesn't take no for an answer, and she's determined to wear down Marco no matter how threatening--or incredibly desirable--he might appear. He agrees to an interview--but only if she'll let him strap her to a spinning table and throw knives at her body. How can she say no? And how can she resist him when he leans close for a kiss that strikes her more sharply than any blade? It's the first time she's let a man get the better of her, and she's determined it will be the last...

Just when she thinks she can't take any more of his games, Jacinda receives a note from Marco saying he's finally ready to tell her the truth about what happened to his missing assistant. She sets out for an address miles away, but what she finds there turns the tables on everything she thought she knew about the tender lover who wears a smile as sharp as his knives.

As secrets are unraveled and passions take hold, Jacinda realizes her hard heart has melted. But will it be too late to save Marco--and herself--from the daggerman's dangerous past?