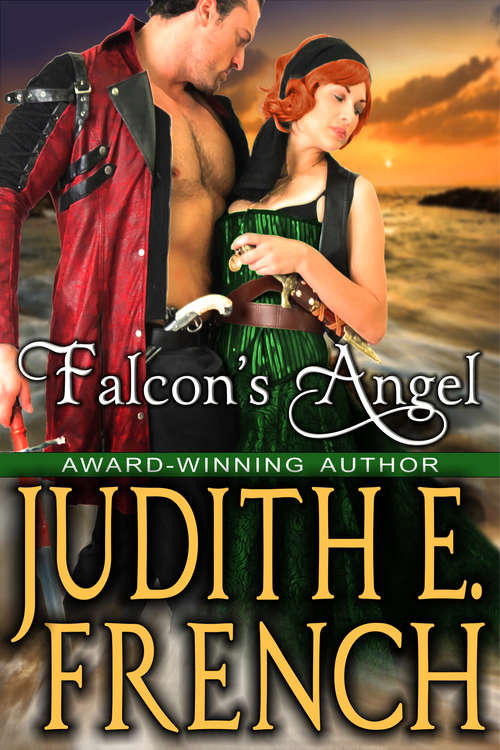 "French has truly created a wonderful romance between two unlikely people." ~Catherine Loney, Romance Reviews TodayCourageous Pirate Lass Rescues Ship's Captain, in Falcon's Angel by Judith E. French-- Outer Banks, Carolina Coast, 1810 --Captain Will Falcon can't help but admire the mysterious young woman known as Angel, who twice saved his life, but he doesn't consider their forced handfasting a binding marriage. To regain his fortune he must marry an heiress—the daughter of his wealthy employer will do.As passion seeks to pull Will and Angel together, Will's need for vengeance and fortune, and the strictures of Charleston's high-society, pull them apart. But fate plays by its own rules.Publisher's Note: A true swashbuckling tale replete with knife fights, pirate treasure and ghost stories that's sure to satisfy and proves why Judith French is the grand-master of Americana Romance. Fans of Elizabeth Keysian, Erica Ridley, Emilia Ferguson and Elliee Atkinson as well as readers of early American romance will enjoy Falcon's Angel.". . . French has a gift for creating a memorable story . . ." ~ WordweavingDon't Miss These Titles From Judith French:The Irish RogueThe Taming of Shaw McCadeDefiant LoveTender FortuneBold SurrenderBy Love AloneMEET JUDITH E. FRENCH:Judith E French is the author of more than sixty novels translated into a dozen languages and sold around the world. Her publishers include Ballantine, Kensington, Harlequin, Harper-Collins and ePublishing Works. Many of her novels are set in Colonial America, and she is known for her strong characters and adventure-packed tales of the Middle Colonies. Descended from early Maryland Scottish and English settlers and Lenni Lenape and Nanticoke First People, Judith has spent a lifetime researching the history of the multi-cultural and rich heritage of the Chesapeake Bay Region. Oral storytelling is embedded in her blood and bones; every generation in her family has produced at least one spinner of tales. Following that tradition, Judith's oldest daughter, Colleen Faulkner is also bestselling and award winning novelist. Judith lives with her husband and several spoiled dogs in an 18th century farmhouse that has been in her family for 250 years.