The Taming of Shaw MacCade 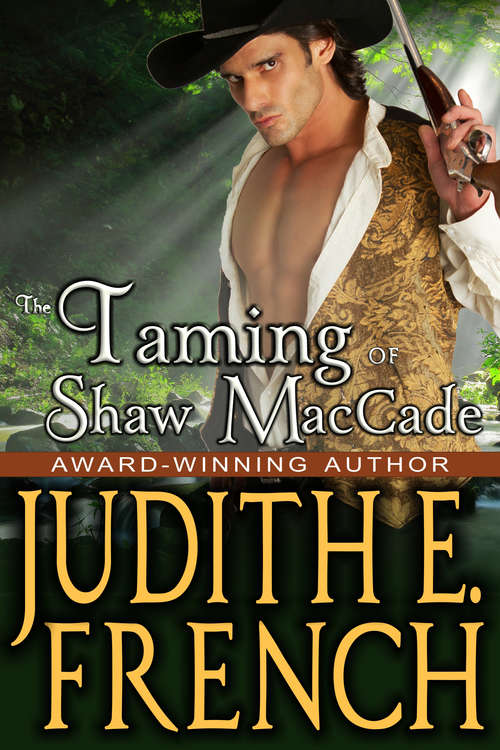 ". . . Sizzling . . . Superbly written . . . Fast paced. Get ready for a fabulous ride!" ~Astrid Kinn, Romance Reviews TodayWestern Romeo and Juliet Feud Explodes on the Missouri Frontier in The Taming of Shaw MacCade by Judith French-- Missouri, 1849 --Four years ago, the rough and ready Shaw MacCade left Missouri, his family, and a bitter centuries-long feud with the Raeburns to search for gold in California. Now, he's returned, seemingly from the grave, determined to find and take vengeance on his brother's murderer.The last thing Shaw expects is to confront the fiery Rebecca Raeburn and to feel a fierce rekindling of his attraction to the daughter of his life-long enemy. Worse, Rebecca's father is the prime suspect for the murder of Shaw's brother.But old love won't be denied and passion soon flares placing Shaw and Rebecca squarely in the middle of the battle between families and fight to survive and be together.Publisher's Note: No one brings together unlikely strangers and brings the past alive like Judith French. Fans of Elizabeth Keysian, Erica Ridley, Emilia Ferguson and Elliee Atkinson as well as readers of early American romance will enjoy The Taming of Shaw MacCade.". . . A heartwarming love story that's sure to please any reader." ~Jennifer Russell, Romance Reader's ConnectionDon't Miss These Titles From Judith French:The Irish RogueThe Taming of Shaw MacCadeDefiant LoveTender FortuneBold SurrenderBy Love AloneMEET JUDITH E. FRENCH:Judith E French is the author of more than sixty novels translated into a dozen languages and sold around the world. Her publishers include Ballantine, Kensington, Harlequin, Harper-Collins and ePublishing Works. Many of her novels are set in Colonial America, and she is known for her strong characters and adventure-packed tales of the Middle Colonies. Descended from early Maryland Scottish and English settlers and Lenni Lenape and Nanticoke First People, Judith has spent a lifetime researching the history of the multi-cultural and rich heritage of the Chesapeake Bay Region. Oral storytelling is embedded in her blood and bones; every generation in her family has produced at least one spinner of tales. Following that tradition, Judith's oldest daughter, Colleen Faulkner is also bestselling and award winning novelist. Judith lives with her husband and several spoiled dogs in an 18th century farmhouse that has been in her family for 250 years.

Copyright:
2001 The Taming of Shaw MacCade -