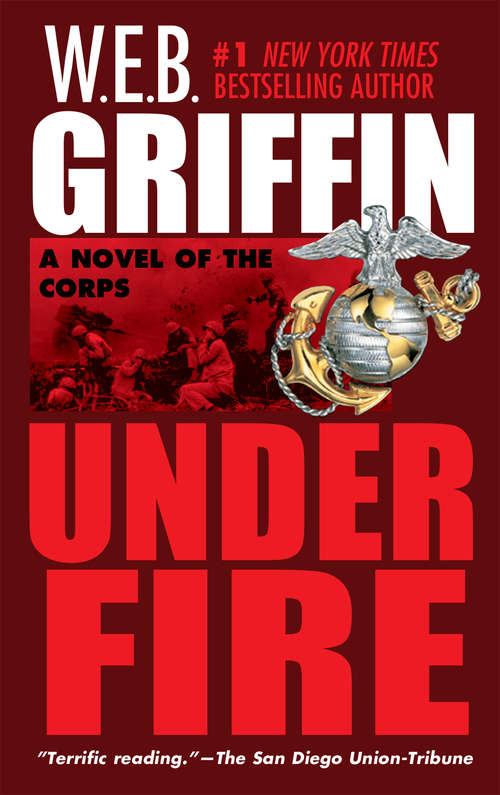 Griffin takes his Marine heroes to Korea, in the biggest Corps novel of them all.Through eight books, Griffin's bestselling chronicle of the Marine Corps has proven itself to be one of the country's most enduring and popular series. Now, Griffin leaves World War II behind and thrusts his readers deep into the heart of the Korean War.June 1, 1950: Captain Ken McCoy's report on probable North Korean hostilities meets with so much bureaucratic displeasure that not only is it promptly suppressed, but McCoy himself is kicked out of the Corps. At least two outfits, however, are not impressed by such infighting: the fledgling CIA, which promptly hires McCoy, and the North Koreans, who on June 25th invade across the 38th parallel. Immediately, veterans scattered throughout military and civilian life are called up, many with only 72 hours' notice. Fleming Pickering and his daredevil son Malcolm, Ed Manning, George Hart, Jack Stecker, Jake Dillon, Ernie Zimmerman - for them and their sweethearts and wives, names such as Inchon, Pusan, and the Choisin Reservoir will acquire a new, bloody reality, and Korea will become not only a new battlefield...but their greatest challenge of all.Filled with the crackling realism, adventure, and rich characters that are his hallmarks, Under Fire is further proof, as Tom Clancy says, that "W.E.B. Griffin is a storyteller in the grand tradition."