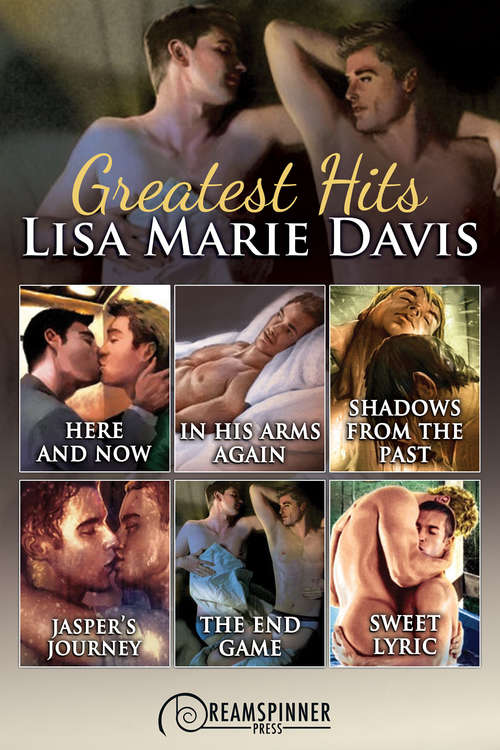 Settle in for some sweet romance--and a little suspense--with the best of Lisa Marie Davis in this collection.

In Here and Now, HIV-postive Jaxon Hawke is content with his orderly life, but Cyrus Carson threatens to upend everything, if Jaxon will let him in. Five years ago, Ayden Judson sacrifice everything for his father's company, in In His Arms Again, but when Simon Gibson crashes into his life, Ayden will have to reconsider his priorities. In Shadows from the Past, Chase Churchill is hiding from his family's secrets, including his serial killer father, and determined not to let anyone too close, until the murders begin again and Chase has to keep police officer Kayne Kennedy safe.

Thirteen years ago, Jasper's world changed when his sixteen-year-old sister disappeared and then was found murdered, in Jasper's Journey; now Zander Macon believes the original investigation wasn't handled properly, and someone is willing to respond to their questions with lethal force. In The End Game, the bloody memories of Micah McQueen's first love affair still haunt him, and getting involved with his boss Harrison Harper seems like even less of a good idea when Micah's past returns. Finally, in Sweet Lyric, Lyric Spencer has been running hard when a job interview with Jonas Lamar almost leads to sex, but despite their instant attraction, there's still plenty of issues to work through before they can build a future.See excerpt for individual blurbs.