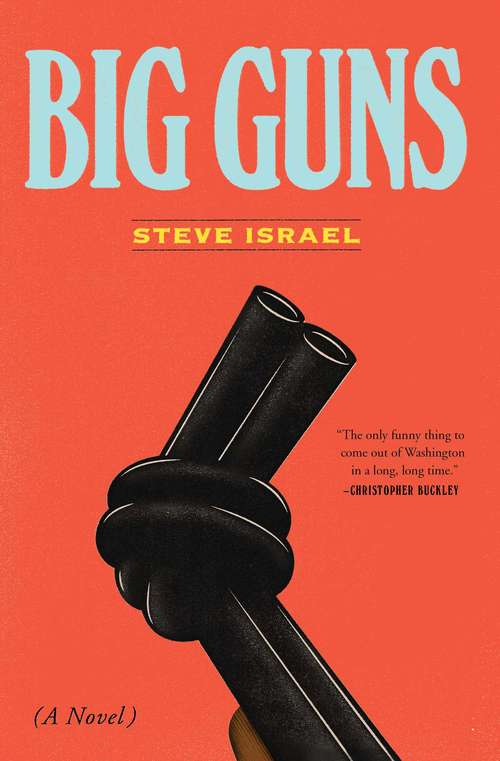 From Steve Israel, the congressman-turned-novelist who writes “in the full-tilt style of Carl Hiaasen” (The Washington Post), comes a comic tale about the mighty firearm industry, a small Long Island town, and Washington politics.When Chicago’s Mayor Michael Rodriguez starts a national campaign to ban handguns from America’s cities, towns, and villages, Otis Cogsworth, the wealthy chairman and CEO of Cogsworth International Arms worries about the effects on his company. In response he and lobbyist Sunny McCarthy convince an Arkansas congressman to introduce federal legislation mandating that every American must own a firearm. Events soon escalate. Asabogue’s Mayor Lois Leibowitz passes an ordinance to ban guns in the town—right in Otis Cogsworth’s backyard. Otis retaliates by orchestrating a recall election against Lois and Jack Steele, a rich town resident, runs against her. Even though the election is for the mayor of a village on Long Island, Steele brings in the big guns of American politics to defeat Lois: political consultants, Super PACs, and celebrities. Soon, thousands of pro-gun and anti-gun partisans descend on Asabogue, along with an assortment of heavily armed rightwing militias and the national news media. Bucolic Asabogue becomes a tinderbox. Meanwhile, Washington politicians in both parties are caught between a mighty gun lobby whose support they need for reelection and the absurdity of requiring that every American with waivers for children under age four carry a gun. What ensues is a discomfiting, hilarious indictment of the state of American politics. Former Long Island Congressman, Steve Israel has firsthand knowledge of the cynicism and corruption at the heart of our political system. Big Guns will make you laugh, will make you angry, and will make you think as you flip the pages faster and faster to find out what happens next.