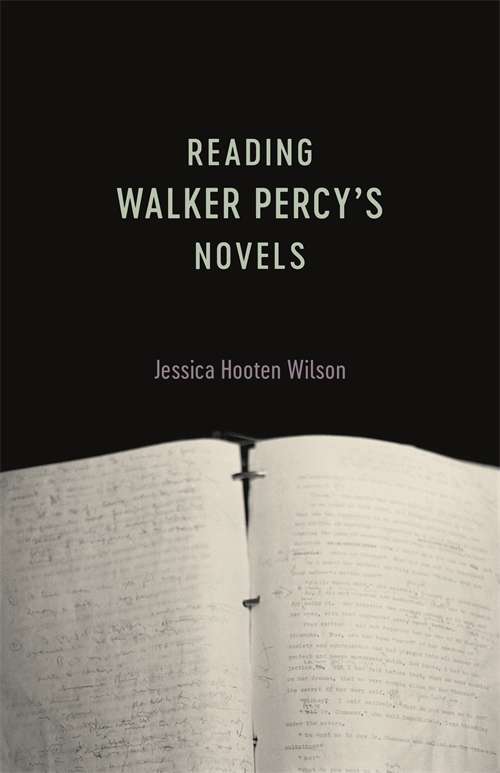 Walker Percy (1916–1990) considered novels the strongest tool with which to popularize great ideas among a broad audience, and, more than half a century after they first appeared in print, his works of fiction continue to fascinate contemporary readers. Despite their lasting appeal, however, Percy’s engaging narratives also contain intellectual elements that demand further explication. Philosophical themes, including existentialism, language acquisition theory, and modern Catholic theology, provide a deeper layer of meaning in Percy’s writings.Jessica Hooten Wilson’s Reading Walker Percy’s Novels serves as a companion guide for readers who enjoy Percy’s novels but may be less familiar with the works of Sartre, Camus, Kierkegaard, and Dante. In addition to clarifying Percy’s philosophies, Wilson highlights allusions to other writers within his narratives, addresses historical and political contexts, and provides insight into the creation and reception of The Moviegoer, The Last Gentleman, Love in the Ruins, Lancelot, The Second Coming, and The Thanatos Syndrome. An introduction covers aspects of Percy’s biography that influenced his writing, including his deep southern roots, faith, and search for meaning in life. An appendix offers an explanation of Percy’s satirical parody Lost in the Cosmos: The Last Self-Help Book.Written in an accessible and conversational style, this primer will appeal to everyone who appreciates the nuances of Walker Percy’s fiction.