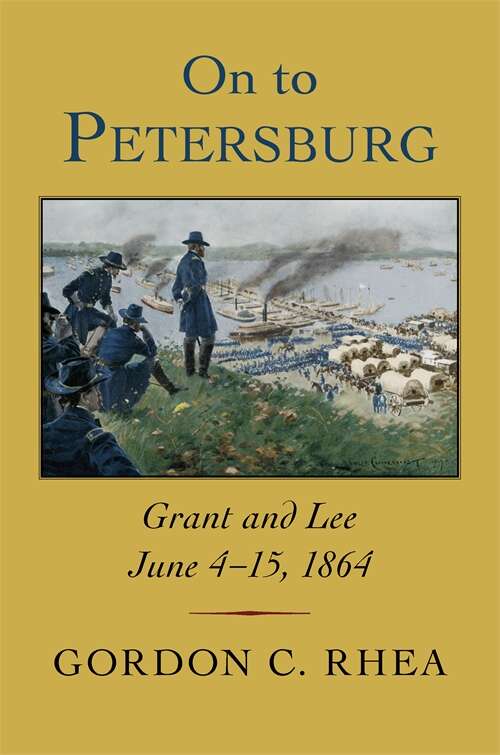 With On to Petersburg, Gordon C. Rhea completes his much-lauded history of the Overland Campaign, a series of Civil War battles fought between Generals Ulysses S. Grant and Robert E. Lee in southeastern Virginia in the spring of 1864. Having previously covered the campaign in his magisterial volumes on The Battle of the Wilderness, The Battles for Spotsylvania Court House and the Road to Yellow Tavern, To the North Anna River, and Cold Harbor, Rhea ends this series with a comprehensive account of the last twelve days of the campaign, which concluded with the beginning of the siege of Petersburg.On to Petersburg follows the Union army’s movement to the James River, the military response from the Confederates, and the initial assault on Petersburg, which Rhea suggests marked the true end of the Overland Campaign. Beginning his account in the immediate aftermath of Grant’s three-day attack on Confederate troops at Cold Harbor, Rhea argues that the Union general’s primary goal was not—as often supposed—to take Richmond, but rather to destroy Lee’s army by closing off its retreat routes and disrupting its supply chains. While Grant struggled at times to communicate strategic objectives to his subordinates and to adapt his army to a faster-paced, more flexible style of warfare, Rhea suggests that the general successfully shifted the military landscape in the Union’s favor.On the rebel side, Lee and his staff predicted rightly that Grant would attempt to cross the James River and lay siege to the Army of Northern Virginia while simultaneously targeting Confederate supply lines. Rhea examines how Lee, facing a better-provisioned army whose troops outnumbered Lee’s two to one, consistently fought the Union army to an impasse, employing risky, innovative field tactics to counter Grant’s forces. Like the four volumes that preceded it, On to Petersburg represents decades of research and scholarship and will stand as the most authoritative history of the final battles in the campaign.