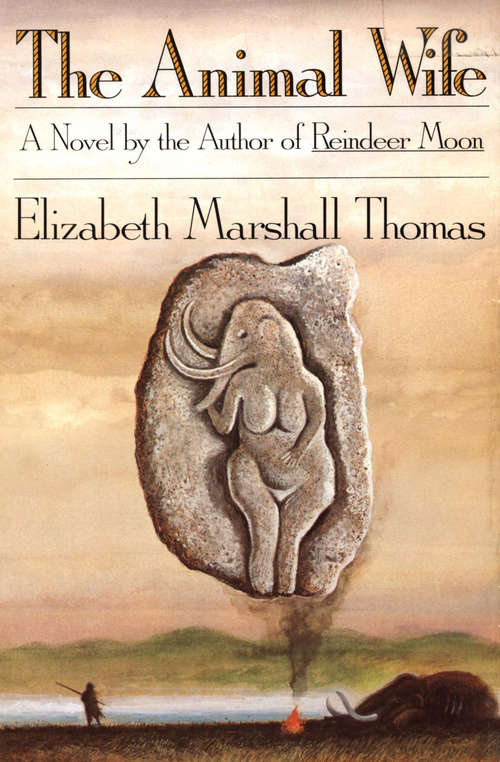 Elizabeth Marshall Thomas's first novel, an international best seller, drew praise of the highest kind. "[Reindeer Moon] deserves a place of distinction, right at the head of the line, of the great series of 'historical' novels," wrote the late Joseph Campbell. It was published in fourteen languages and won a Hemingway Award Citation. The Animal Wife may well rank by its side, for this new novel shares half a world with its predecessor. Whereas Reindeer Moon saw the life of prehistoric humankind through the eyes of Yanan, a gifted but rebellious woman, The Animal Wife, which takes place a few years later, is narrated by young Kori, a marvelous hunter, as prodigious in the chase as he is ignorant of the ways of women. Yet Kori too is confined by his society, interdependent as it is with the world of animals. Elizabeth Marshall Thomas's greatest talent is to identify with, to become, an animal, as a great hunter does; and animals provide Kori's people with nearly all their religious and spiritual symbols, nearly all their tools and weapons, nearly everything, except desire. Kori is full of desire and aspiration--the aspiration to be as great a hunter as his father, Swift; the desire for a woman of his own. Few readers of this book will ever forget the scene in which Kori, hunting in strange country for the site of a mysterious campfire, finds, swimming in a pond, what he imagines to be an animal but which turns out to be a naked woman; acting on instinct only, he instantly abducts her and makes her his wife.