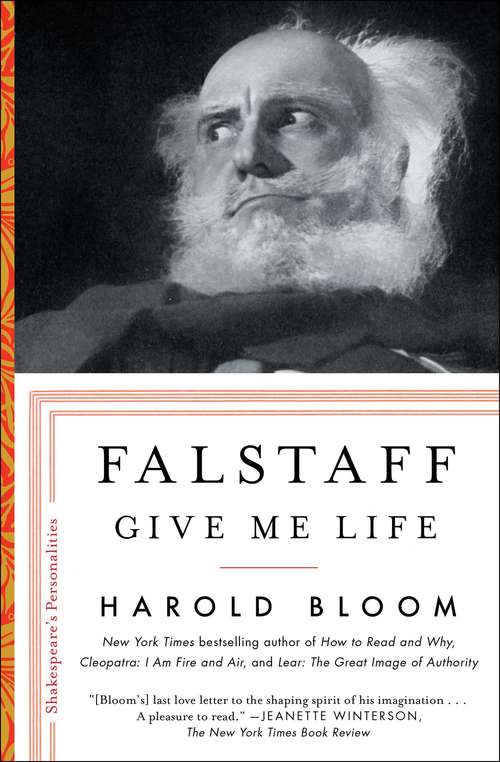 From Harold Bloom, one of the greatest Shakespeare scholars of our time as well as a beloved professor who has taught the Bard for over half a century, an intimate, wise, deeply compelling portrait of Falstaff—Shakespeare’s greatest enduring and complex comedic character.Falstaff is both a comic and tragic central protagonist in Shakespeare’s three Henry plays: Henry IV, Parts One and Two, and Henry V. He is companion to Prince Hal (the future Henry V), who loves him, goads, him, teases him, indulges his vast appetites, and commits all sorts of mischief with him—some innocent, some cruel. Falstaff can be lewd, funny, careless of others, a bad creditor, an unreliable friend, and in the end, devastatingly reckless in his presumption of loyalty from the new King. Award-winning author and beloved professor Harold Bloom writes about Falstaff with the deepest compassion and sympathy and also with unerring wisdom. He uses the relationship between Falstaff and Hal to explore the devastation of severed bonds and the heartbreak of betrayal. Just as we encounter one type of Anna Karenina or Jay Gatsby when we are young adults and another when we are middle-aged, Bloom writes about his own shifting understanding of Falstaff over the course of his lifetime. Ultimately we come away with a deeper appreciation of this profoundly complex character, and the book as a whole becomes an extraordinarily moving argument for literature as a path to and a measure of our humanity. Bloom is mesmerizing in the classroom, wrestling with the often tragic choices Shakespeare’s characters make. He delivers that kind of exhilarating intimacy and clarity in Falstaff, inviting us to look at a character as a flawed human who might live in our world. The result is deeply intimate and utterly compelling.