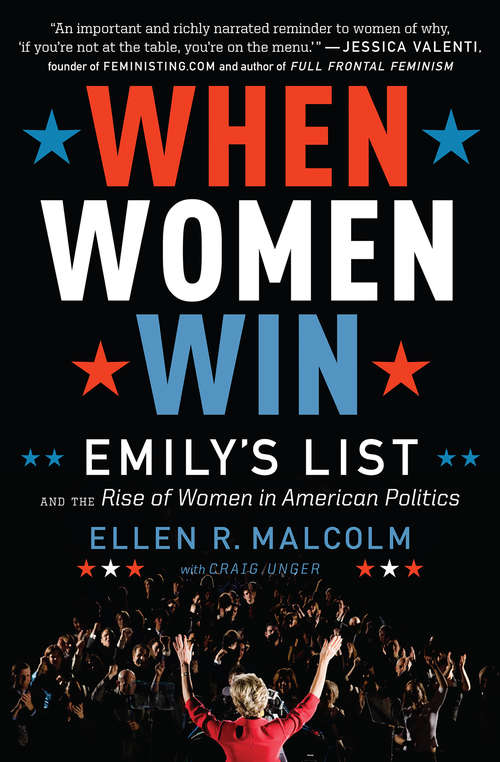 "A must-read, sure to engage. . . An important and richly narrated reminder to women of why, 'If you not at the table, you’re on the menu.'” —Jessica Valenti, founder of Feministing.com and author of Full Frontal Feminism “Women had to fight first for the vote, and then for the right to be voted for. No one, but no one, has been more crucial to this ongoing struggle than Ellen Malcolm, and no one has more revealing stories to tell, her own plus those of women candidates in all our diversity. When Women Win will give you faith that this country might one day become a democracy.” —Gloria Steinem In 1985, aware of the near-total absence of women in Congress, Ellen Malcolm launched EMILY’s List, a powerhouse political organization that seeks to ignite change by getting women elected to office. The rest is riveting history: since then, EMILY’s List has helped elect 23 women Senators, 12 governors, and 116 Democratic women to the House. When Women Win delivers stories of some of the toughest political contests of the past three decades, including the historic victory of Barbara Mikulski as the first Democratic woman elected to the Senate in her own right and Elizabeth Warren’s dramatic Senate win. When Women Win is both a page-turning political drama and an important look at the effects of women’s engagement in politics. “Both a rip-roaring political tale and an inspirational blueprint—with every trade secret revealed—of how and why Democratic women have been on the rise in electoral politics for three decades.” —Nancy Pelosi, House Democratic leader “Superwoman Ellen R. Malcolm, with Craig Unger, heroically continues to beat the drum for female equality in When Women Win.” —Vanity Fair