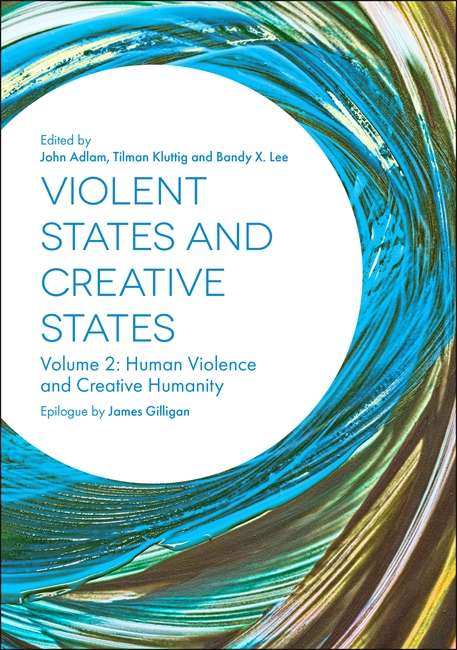 This is a provocative collection exploring the different types of violence and how they relate to one another, examined through the integration of several disciplines, including forensic psychotherapy, psychiatry, sociology, psychosocial studies and political science. By examining the 'violent states' of mind behind specific forms of violence and the social and societal contexts in which an individual act of human violence takes place, the contributors reveal the dynamic forces and reasoning behind specific forms of violence including structural violence, and conceptualise the societal structures themselves as 'violent states'.

Other research often stops short at examining the causes and risk factors for violence, without considering the opposite states that may not only mitigate, but allow for a different unfolding of individual and societal evolution. As a potential antidote to violence, the authors prescribe an understanding of these 'creative states' with their psychological origins, and their importance in human behaviour and meaning-seeking. Making a call to move beyond merely mitigating violence to the opposite direction of fostering creative potential, this book is foundational in its capacity to cultivate social consciousness and effect positive change in areas of governance, policy-making, and collective responsibility.

Volume 2: Human Violence and Creative Humanity explores violent states of mind, behavioural or subjective, interpersonal violence (including self-injury) and the fine distinctions between violent and creative states of mind.