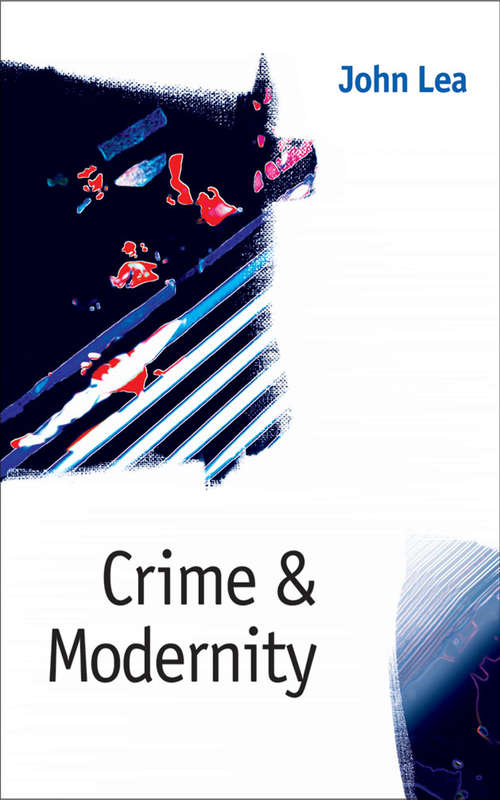 'Lea has produced a serious and scholarly contribution of great interest to criminologists (whether "critical "or not), to post graduates, as well as the more advanced undergraduate. This is a book that is well written, absorbing, thoughtful and thought provoking' - The British Journal of Criminology

Crime control is in crisis. Not only have levels of crime risen but, more important, crime is increasingly regarded as a normal aspect of the social and economic system rather than disruption or deviance. The blurring boundaries between the criminal and the normal are evident in a number of areas from the activities of multinational corporations to the life of the inner city.

In this book, John Lea develops a broad historical and sociological overview relating the rise and fall of effective crime control to different types of social structures. It traces the process of modernisation and industrialisation from the eighteenth to the mid twentieth centuries which established the social preconditions for effective control and management of criminality. In the early years of the present century it is clear that these preconditions are now being progressively undermined as industrial society undergoes profound changes in its direction of development. The result is traced through a variety of types of criminality and the progressive debilitation of existing institutions and processes of crime control.

A major feature of this book is its wide scope and imaginative application of historical and theoretical perspectives on modernisation and capitalist social development to the contemporary problems of controlling a wide variety of crime. It represents a significant contribution to the ability of criminology and the sociology of crime to confront the dilemmas and controversies of the twenty first century.