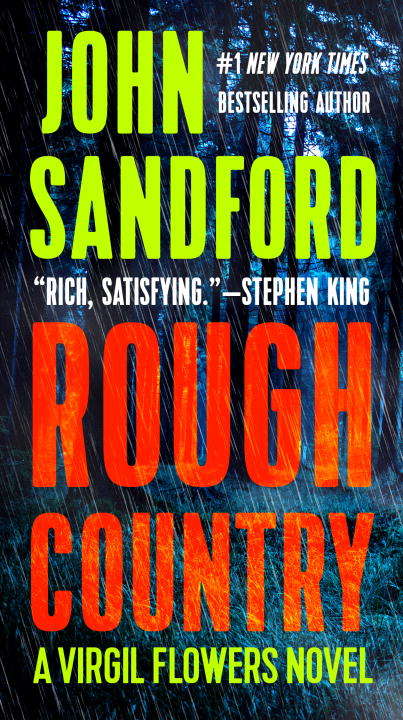 Virgil's always been known for having a somewhat active, er, social life, but he's probably not going to be getting too many opportunities for that during his new case. While competing in a fishing tournament in a remote area of northern Minnesota, he gets a call from Lucas Davenport to investigate a murder at a nearby resort, where a woman has been shot while kayaking. The resort is for women only, a place to relax, get fit, recover from plastic surgery, commune with nature, and while it didn't start out to be a place mostly for those with Sapphic inclinations, that's pretty much what it is today. Which makes things all the more complicated for Virgil, because as he begins investigating, he finds a web of connections between the people at the resort, the victim, and some local women, notably a talented country singer. The more he digs, the more he discovers the arrows of suspicion that point in many directions, encompassing a multitude of motivations: jealousy, blackmail, greed, anger, fear. Then he finds that this is not the first murder, that there was a second, seemingly unrelated one, the year before. And that there's about to be a third, definitely related one, any time now. And as for the fourth ... well, Virgil better hope he can catch the killer before that happens. Because it could be his own. Rich with the brilliant plotting and compulsively readable prose that are his hallmarks, Rough Country is another immensely satisfying tale by one of our very best suspense writers.