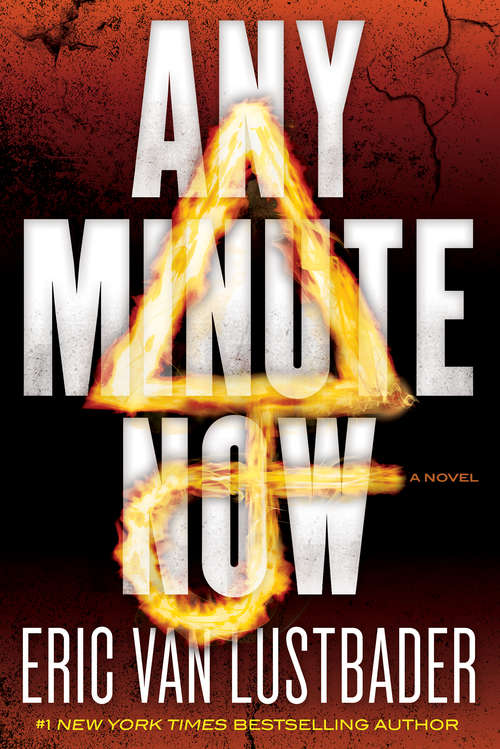 From Eric Van Lustbader, the New York Times bestselling author of the Jason Bourne series come Any Minute Now.Red Rover is broken, finished, dead. The blackest of black ops teams is betrayed on its top-priority mission to capture and interrogate a mysterious Saudi terrorist. One of their own is killed, the remaining two barely get home alive. Then without warning or explanation the mission is shut down.Greg Whitman and Felix Orteño are left adrift in a world full of deathly shadows, blind alleys, and unanswerable questions. Into their midst comes Charlize Daou, a brilliant, wildly talented arms expert with a past entangled with Whit's. Though Charlie grapples with damage of her own, she becomes their new center, their moral compass, and their reason for resurrecting Red Rover.Despite Whit's seemingly super-normal abilities it is Charlie, fully rooted in reality, who recognizes that both Whit and Felix have lost parts of themselves. And it is she who possesses the true power necessary for survival: the power to heal, to forgive, and to bring these two lost souls back from the demonic spiritual darkness into which they have fallen.Ignoring their new orders, Red Rover secretly sets out to find the protected Saudi terrorist, the first step in a perilous journey into the heart of a vast conspiracy that involves the NSA, a cabal of immensely wealthy mystics known as the Alchemists, and an ageless visionary out to create an entirely new way of waging war. A war that will destabilize one of the great super-powers and forever rearrange the balance of power across the entire globe.At the Publisher's request, this title is being sold without Digital Rights Management Software (DRM) applied.