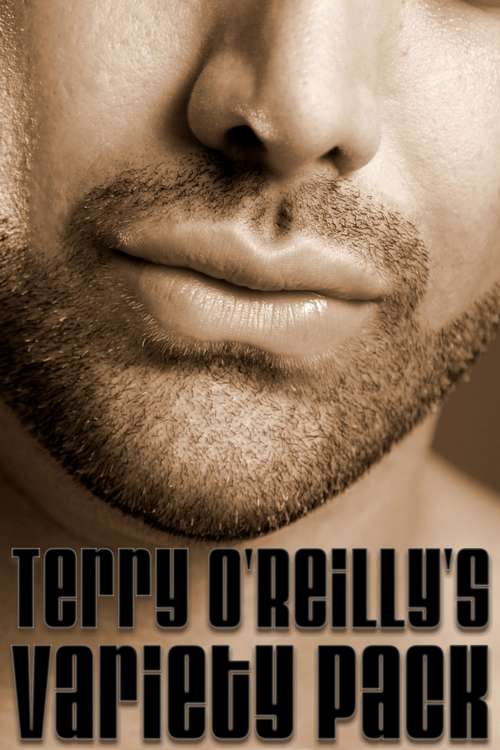 From cowboys to clergy, barrooms to classrooms, lovers to sex buddies, Terry O’Reilly’s Variety Pack has a little bit of everything for everyone.Join in the action with Al, Larry, Doug, Antonio, Ray, and a host of others who romp through the pages of this collection in search of erotic encounters, one night stands, and lasting love between men.Contains the stories:Frank's Place: Danny drops in on his favorite upscale gay bar in hopes of finding Mr. Right. With Christmas around the corner, the place is nearly empty except for one man. Danny decides what the hell and tries to score. But when the man disappears from the scene, Danny if left confused and frustrated. Could this mystery stranger be The One? Will they get a chance to connnect somewhere other than Frank's Place?Happy Birthday Bobby: It’s Bobby’s birthday but he's all alone. On the way home from work, he decides to stop at a favorite restaurant. There his bitterness turns to happiness when he is treated to a round of drinks by two strangers. Larry and Dan are in town for a work-related event. Now they're looking for a spot of fun, and after a few too many drinks, they invite Bobby back to their hotel room to join in.Karl's Italian Adventure: Karl is a fifty-one-year-old school teacher who has led a very sheltered life. Finally deciding to break out of his shell, he signs up for a seven day tour of Italy. Little does he expect it to change his life. But when he meets Antonio, Karl realizes his life will never be quite the same again as the mystery and magic of Florence come to him in a way that he never could have imagined.Love You Forever: Derrick Fredricks didn’t believe in love at first sight. He didn’t think ghosts existed, either, but neither of those beliefs kept them from happening to him. He fell in love with Cooper Jennison and he became a ghost. Once dead, Derrick returns to the side of his lover to attempt to comfort and guide him. Will he succeed?Ministry: Randal Cummings is about to be given his first ministry, but he has a secret: though he has been prayed over and supposedly delivered from the perverse demon of homosexuality, he is still as queer a rhino with wings. Then Randal meets a man who shares his desires. Can he suppress his feelings for his ministry or will he find his own deliverance in the end?The Custodian and Mr. Chapel: Patrick Chapel teaches high school science. Every night the custodian Ray cleans his room. Every night Mr. Chapel waits so he can admire the muscular young man as he does his job. And every night he goes home to fantasize about the amazing sex they’d have. What Mr. Chapel doesn’t know is that Ray has fantasies of his own. Will the shy custodian ever feel the touch of the teacher he loves?Will Turner's Luck: Will Turner celebrates the end of a ten-year marriage by acting on his repressed longings and heading for a gay bar. Just his luck, the next morning he awakes in a strange room with a stranger, Robby, by his side. As Will unravels the mystery, he falls in love with Robby, despite many unanswered questions. Then the truth finally comes out, and Will is faced with a tough decision.