The Elegies of Maximianus 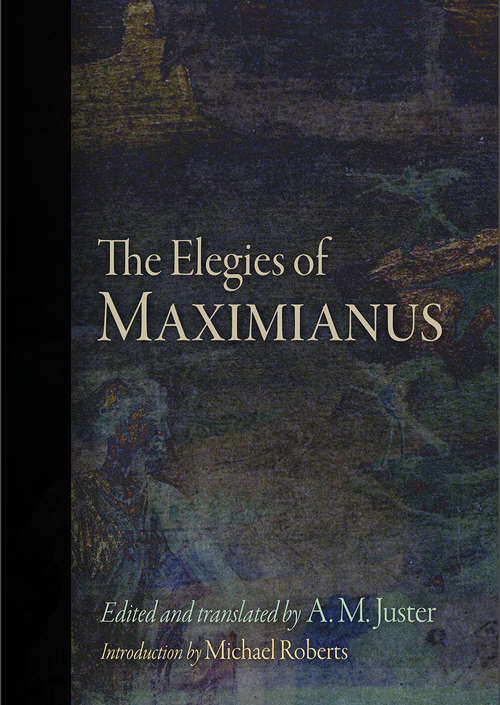 By: Michael Roberts • A. M. Juster • Maximianus
Login
Sign Up

Not much can be known about the life of Maximianus, who has been called "the last of the Roman poets," beyond what can be inferred from his poetry. He was most likely a native of Tuscany, probably lived until the middle of the sixth century, and, at an advanced age, went as a diplomat to the emperor's court at Constantinople.A. M. Juster has translated the complete elegies of Maximianus faithfully but not literally, resulting in texts that work beautifully as poetry in English. Replicating the feel of the original Latin verse, he alternates iambic hexameter and pentameter in couplets and imitates Maximianus's pronounced internal rhyme, alliteration, and assonance. The first elegy is the longest and establishes the voice of the speaker: a querulous old man, full of the indignities of aging, which he contrasts with the vigor and prestige he enjoyed in his youth. The second elegy similarly focuses on the contrast between past happiness and present misery but, this time, for the specific experience of a long-term relationship. The third through fifth elegies depict episodes from the poet's amatory career at different stages of his life, from inexperienced youth to impotent old man. The last poem concludes with a desire for the release of death and, together with the first, form a coherent frame for the collection.This comprehensive volume includes an introduction by renowned classicist Michael Roberts, a translation of the elegies with the Latin text on facing pages, the first English translation of an additional six poems attributed to Maximianus, an appendix of Latin and Middle English imitative verse that illustrates Maximianus's long reception in the Middle Ages, several related texts, and the first commentary in English on the poems since 1900. The imminence of death and the sadness of growing old that form the principal themes of the elegies signal not only the end of pagan culture and its joy in living but also the turn from a classical to a medieval sensibility in Late Antiquity.