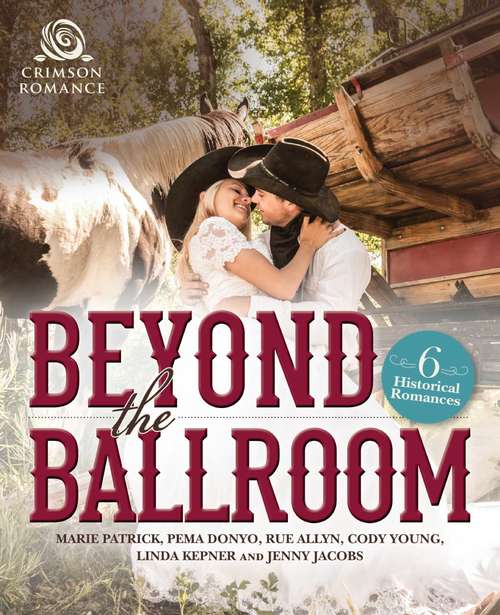 Ready for a change of pace from Regency London's ton? Then check out the captivating and diverse historical romances in this digital bundle. From the Wild West to medieval times, against the backdrop of India's struggle for independence and America's turbulent sixties, these couples defy the conventions and constraints of their times and risk everything to end up in each other's arms.A Kiss in the Shadows: Driven by his single-minded mission to make the man who killed his brother pay, Brock MacDermott rides from town to town on a lonely quest, careful to keep emotional attachments at arm's length--until young, beautiful Stevie Rae Buchanan insists on joining his hunt to exact her own revenge. There's no room for romance when you're chasing down a dangerous criminal, but when undeniable feelings develop between them, Stevie Rae and Brock must decide whether justice is worth sacrificing everything else.Revolutionary Hearts: To complete his mission in India's fight for independence, General Carton--a.k.a. U.S. undercover operative Warren Khan--must hide both his true objective and his heritage. But once he meets the captivating Parineeta, who holds the key to both his freedom and capturing her brother, a suspected anarchist, he finds the subterfuge more difficult than anticipated.Knight Errant: Beguine follower Juliana Verault holds the key to upending the power structure throughout Europe--a letter from the pope that could radically change the church's stance on women--but only if she can dodge the bounty hunter her cousin, King Edward I of England, has sent for her. Sir Robert Clarwyn has never failed to bring home his target before...but he has also never encountered a quarry like Lady Juliana.Katie's Hero: Katie's got a guilty secret and she's hiding out in London. Michael is a handsome young pilot who likes to play the hero, especially when there's a pretty girl involved, but duty calls him away just when Katie needs him the most. Wounded and full of regrets, he's not sure she'll give him a second glance. Tom is a lovable rogue, or that's what he likes to think. He's touring the world at the army's expense, but he's missing Katie more every day. This wonderful WWII love triangle will enthrall readers.Second Chance: Times are tight in 1969 for Bishou Howard, so she accepts a job as an interpreter for an attendee at a university conference. Louis Dessant, a French-speaking tobacco millionaire from Reunion Island, is attractive, wealthy--and carries a dark secret she accidentally begins to unravel. As the feelings between them build, she takes a risk and travels halfway around the world to his tropical island to get to the bottom of the enigma. But will Louis welcome her, or was this a monumental mistake?The Winter Promise: In the fall of 1053, Lady Imma has one loyalty: to help her uncle, the king of Wales, win his war against the English. Lord Robert, the steward of Wessex, has one loyalty as well: to keep his beloved Wessex safe from enemies. When she is forced to seek shelter in his keep, they must decide if they can listen to their hearts--or if they would be wiser never to trust each other.Sensuality Level: Sensual