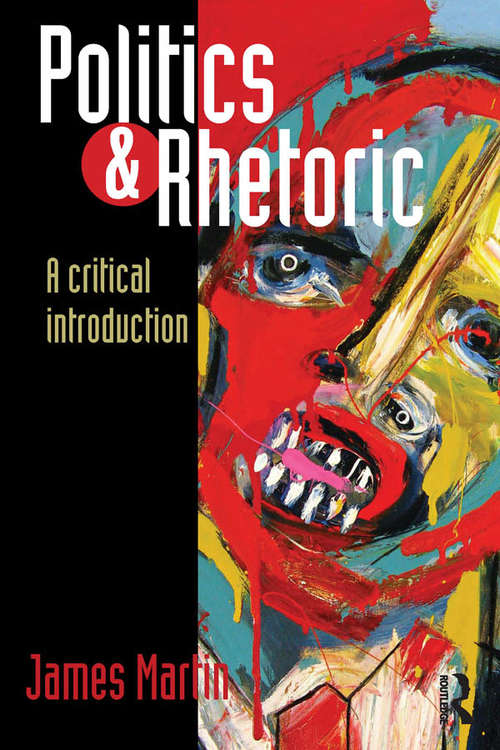 Rhetoric is the art of speech and persuasion, the study of argument and, in Classical times, an essential component in the education of the citizen. For rhetoricians, politics is a skill to be performed and not merely observed. Yet in modern democracies we often suspect political speech of malign intent and remain uncertain how properly to interpret and evaluate it. Public arguments are easily dismissed as ‘mere rhetoric’ rather than engaged critically, with citizens encouraged to be passive consumers of a media spectacle rather than active participants in a political dialogue.

This volume provides a clear and instructive introduction to the skills of the rhetorical arts. It surveys critically the place of rhetoric in contemporary public life and assesses its virtues as a tool of political theory. Questions about power and identity in the practices of political communication remain central to the rhetorical tradition: how do we know that we are not being manipulated by those who seek to persuade us? Only a grasp of the techniques of rhetoric and an understanding of how they manifest themselves in contemporary politics, argues the author, can guide us in answering these perennial questions.

Politics and Rhetoric draws together in a comprehensive and highly accessible way relevant ideas from discourse analysis, classical rhetoric updated to a modern setting, relevant issues in contemporary political theory, and numerous carefully chosen examples and issues from current politics. It will be essential reading for all students of politics and political communications.