The Transcendence of the Ego 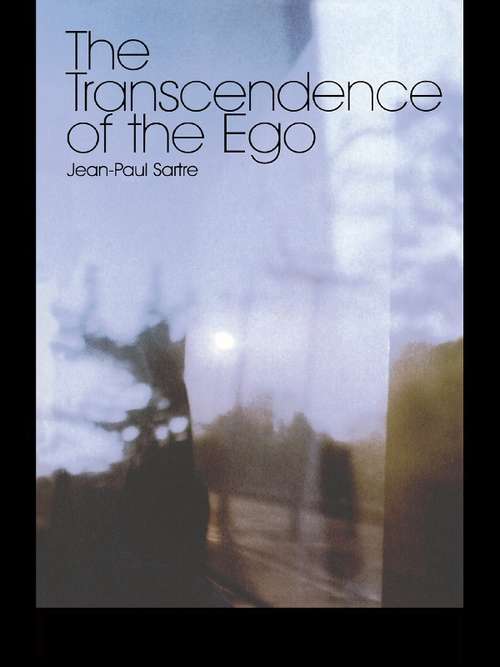 First published in France in 1936 as a journal article, The Transcendence of the Ego was one of Jean-Paul Sartre's earliest philosophical publications. When it appeared, Sartre was still largely unknown, working as a school teacher in provincial France and struggling to find a publisher for his most famous fictional work, Nausea.The Transcendence of the Ego is the outcome of Sartre's intense engagement with the philosophy of Edmund Husserl, the founder of phenomenology. Here, as in many subsequent writings, Sartre embraces Husserl's vision of phenomenology as the proper method for philosophy. But he argues that Husserl's conception of the self as an inner entity, 'behind' conscious experience is mistaken and phenomenologically unfounded.The Transcendence of the Ego offers a brilliant diagnosis of where Husserl went wrong, and a radical alternative account of the self as a product of consciousness, situated in the world.This essay introduces many of the themes central to Sartre's major work, Being and Nothingness: the nature of consciousness, the problem of self-knowledge, other minds, anguish. It demonstrates their presence and importance in Sartre's thinking from the very outset of his career.This fresh translation makes this classic work available again to students of Sartre, phenomenology, existentialism, and twentieth century philosophy. It includes a thorough and illuminating introduction by Sarah Richmond, placing Sartre's essay in its philosophical and historical context.