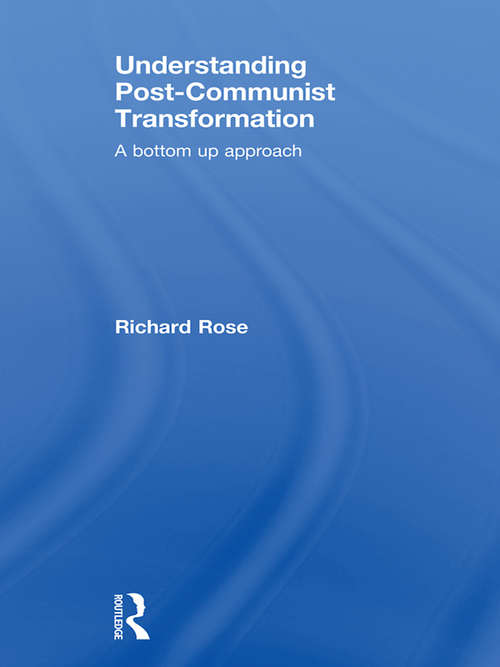 The fall of the Berlin Wall launched the transformation of government, economy and society across half of Europe and the former Soviet Union. This text deals with the process of change in former Communist bloc countries, ten of which have become new European Union (EU) democracies while Russia and her neighbours remain burdened by their Soviet legacy.

Drawing on more than a hundred public opinion surveys from the New Europe Barometer, the text compares how ordinary people have coped with the stresses and opportunities of transforming Communist societies into post-Communist societies and the resulting differences between peoples in the new EU member states and Russia.

Stresses and opportunities of economic transformation

Social capital and the development of civil society

Elections and the complexities of party politics

The challenges for the EU of raising standards of democratic governance

Written by one of the world's most renowned authorities on this subject, this text is ideal for courses on transition, post-communism, democratization and Russian and Eastern European history and politics.