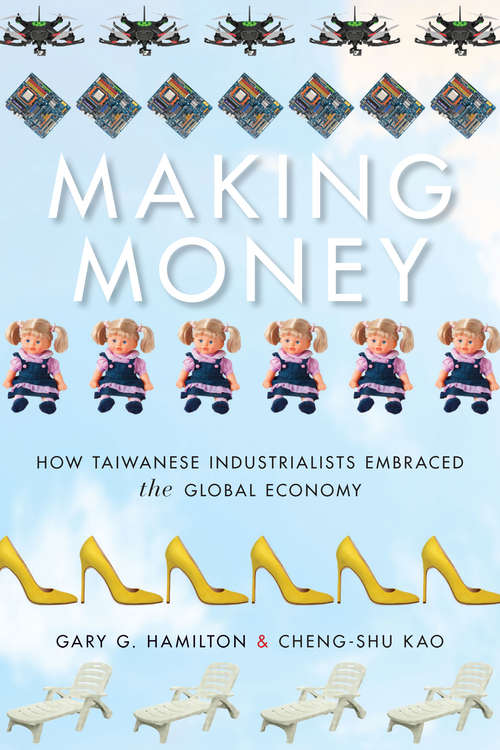 Beginning in the 1950s, Tawian rapidly industrialized, becoming a tributary to an increasingly "borderless" East Asian economy. And though President Trump has called for the end of "American carnage"—the loss of U.S. manufacturing jobs—domestic retailers and merchandisers still willingly ship production overseas, primarily to Taiwan. In this book, Gary G. Hamilton and Cheng-shu Kao show how Taiwanese businesspeople have played a tremendous, unsung role in their nation's continuing ascent.

From prominent names like Pou Chen and Hon Hai to the owners of small and midsize firms, Taiwan's contract manufacturers have become the world's most sophisticated suppliers of consumer products the world over. Drawing on over 30 years of research and more than 800 interviews, Hamilton and Kao tell these industrialists' stories.

The picture that emerges is one of agile neo-capitalists, caught in the flux of a rapidly changing landscape, who tirelessly endeavor to profit on it. Making Money reveals its subjects to be at once producers of economic globalization and its byproducts. While the future of Taiwanese business is uncertain, the durability of demand-led capitalism is not.