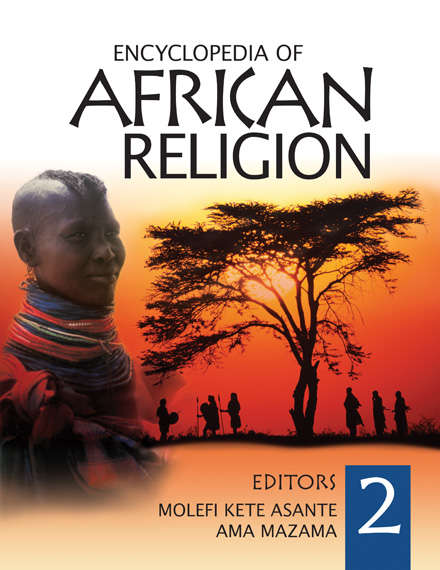 "Numerous titles focusing on particular beliefs in Africa exist, including Marcel Griaule's Conversations with Ogotemmeli, but this one presents an unparallelled exploration of a multitude of cultures and experiences. It is both a gateway to deeper exploration and a penetrating resource on its own. This is bound to become the definitive scholarly resource on African religions." — Library Journal, Starred Review"Overall, because of its singular focus, reliability, and scope, this encyclopedia will prove invaluable where there is considerable interest in Africa or in different religious traditions."–Library JournalAs the first comprehensive work to assemble ideas, concepts, discourses, and extensive essays in this vital area, the Encyclopedia of African Religion explores such topics as deities and divinities, the nature of humanity, the end of life, the conquest of fear, and the quest for attainment of harmony with nature and other humans. Editors Molefi Kete Asante and Ama Mazama include nearly 500 entries that seek to rediscover the original beauty and majesty of African religion. Features· Offers the best representation to date of the African response to the sacred· Helps readers grasp the enormity of Africa's contribution to religious ideas by presenting richly textured concepts of spirituality, ritual, and initiation while simultaneously advancing new theological categories, cosmological narratives, and ways to conceptualize ethical behavior· Provides readers with new metaphors, figures of speech, modes of reasoning, etymologies, analogies, and cosmogonies · Reveals the complexity, texture, and rhythms of the African religious tradition to provide scholars with a baseline for future works The Encyclopedia of African Religion is intended for undergraduate and graduate students in fields such as Religion, Africana Studies, Sociology, and Philosophy.