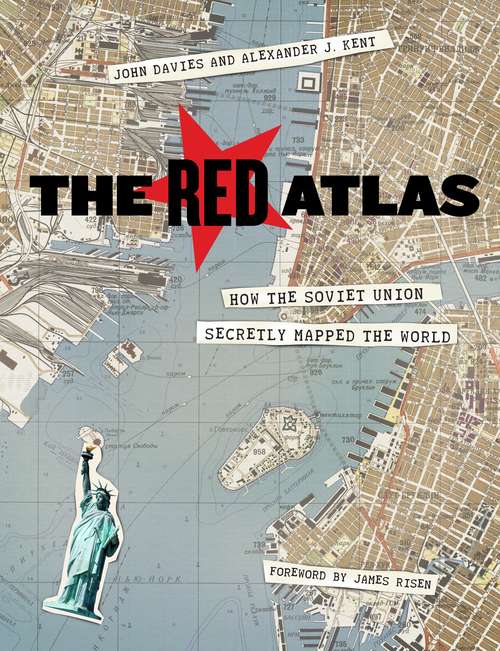 Nearly thirty years after the end of the Cold War, its legacy and the accompanying Russian-American tension continues to loom large. Russia’s access to detailed information on the United States and its allies may not seem so shocking in this day of data clouds and leaks, but long before we had satellite imagery of any neighborhood at a finger’s reach, the amount the Soviet government knew about your family’s city, street, and even your home would astonish you. Revealing how this was possible, The Red Atlas is the never-before-told story of the most comprehensive mapping endeavor in history and the surprising maps that resulted.

From 1950 to 1990, the Soviet Army conducted a global topographic mapping program, creating large-scale maps for much of the world that included a diversity of detail that would have supported a full range of military planning. For big cities like New York, DC, and London to towns like Pontiac, MI and Galveston, TX, the Soviets gathered enough information to create street-level maps. What they chose to include on these maps can seem obvious like locations of factories and ports, or more surprising, such as building heights, road widths, and bridge capacities. Some of the detail suggests early satellite technology, while other specifics, like detailed depictions of depths and channels around rivers and harbors, could only have been gained by actual Soviet feet on the ground. The Red Atlas includes over 350 extracts from these incredible Cold War maps, exploring their provenance and cartographic techniques as well as what they can tell us about their makers and the Soviet initiatives that were going on all around us.

A fantastic historical document of an era that sometimes seems less distant, The Red Atlas offers an uncanny view of the world through the eyes of Soviet strategists and spies.

Copyright:
2017 The University of Chicago Press