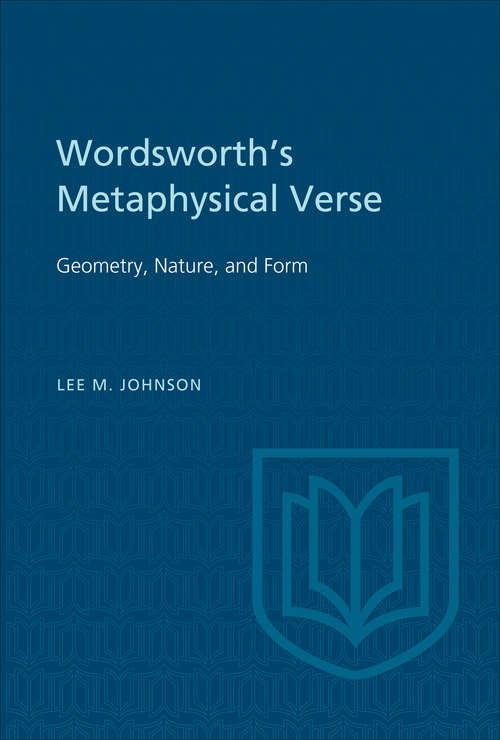 In his philosophic verse, Woodsworth identifies the history of poetry and geometrical thought as the two chief treasures of the mind and as main sources of his poetic inspiration. He assigns transcendental value to geometry and indicates that he attempts to apply its proportions to the laws of nature. In this book, Professor Johnson demonstrates how Wordsworth also employed geometrical patterns in the metrical construction of his verse and how the character of those patterns can be related to the poet's major philosophical values.

Johnson shows how Wordsworth, when writing about the nature and significance of geometrical thought in The Prelude and The Excursion, designs his verse paragraphs in accordance with simple geometrical proportions which are thereby associated with the metaphysical value he attributes to geometry. Wordsworth finds geometrical forms to be hidden in the natural landscape and inherent in the structures of perception itself.

This book is the first to make a sustained description of Wordsworth's symbolic patterns and metrical forms in his philosophic verse, with major examples drawn from Tintern Abbey, The Prelude, The Excursion, and the Immortality Ode. Although it presents an approach which differs radically from any in the established criticism of the poet, it is basically at one with the large body of work that concerns the nature of Wordsworth's imagination.