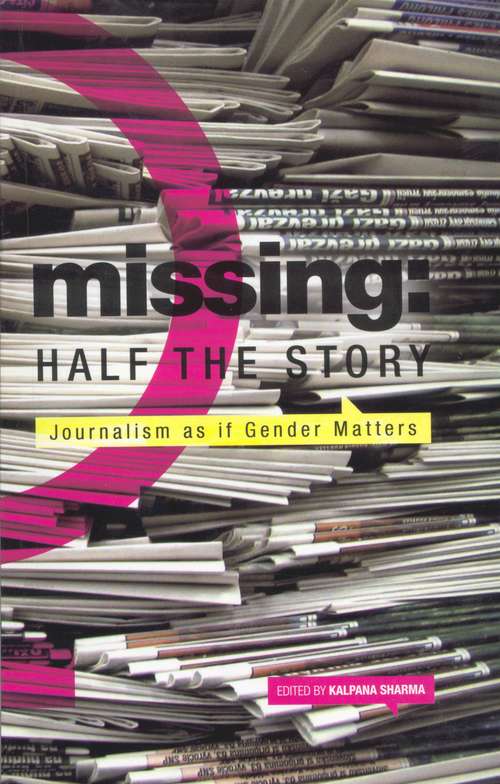 Toilets, trees and gender? Can there be a connection? Is there a gender angle to a business story? Is gender in politics only about how many women get elected to parliament? Is osteoporosis a women's disease? Why do more women die in natural disasters? These are not the questions journalists usually ask when they set out to do their jobs as reporters, sub-editors, photographers of editors. Yet, by not asking, are they missing out on something, perhaps half the story? This is the question this book, edited and written by journalists, for journalists and the lay public interested in media, raises. Through examples from the media, and from their own experience, the contributors explain the concept of gender-sensitive journalism and look at a series of subjects that journalists have to cover - sexual assault, environment, development, business, politics, health, disasters, conflict - and set out a simple way of integrating a gendered lens into day-to-day journalism. Written in a non-academic, accessible style, this book is possibly the first of its kind in India - one that attempts to inject a gender perspective into journalism.