Romance at the Ranch 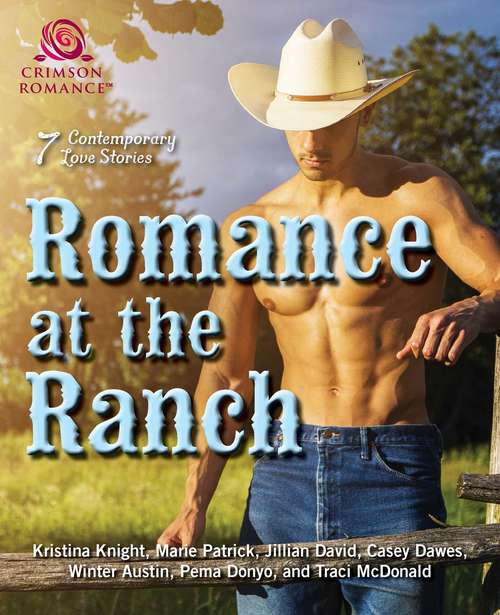 The days are hot and the nights even steamier when the sexy ranchers in this value-priced collection kick off their boots and fall in love.What the Gambler Risks: Twenty-something ice queen Sabrina York enjoys fame and fortune writing self-help books for women—but she could do without her reputation as the Oldest Living (Supposed) Virgin in Vegas. Jase Reeves knows Sabrina’s not nearly as cold as she’d like people to think. He didn’t intend to have a one-night stand with the Vegas Virgin, but he can’t get her out of his head. Now Sabrina has one goal: stay away from the handsome gambler before he melts her career—and her heart. Legacy of Lies: Garrison Taggart is in a jam. The family’s Wyoming ranch is being sabotaged and his supernatural ability to tell when someone is lying hasn’t been a lick of help. Now sweet schoolteacher Sara Lopez informs him that his son is having trouble at school, and it’s clear he needs a hand. Yet Sara’s recent breakup with Garrison’s rival puts her in an uncomfortable position, despite her attraction to her student’s father. But when the boy goes missing, Sara and Garrison must risk their deepest secrets and their lives to save him. Montana Christmas Magic: Tennis pro Logan Collins inherits a ranch in rural Phillipsburg, Montana, that he’s not allowed to sell for six months. It’s just enough time to start a sweet relationship with artist and chocolatier Julie Thompson. But despite the trappings of permanence—a dog, a horse, and a woman who brings light into his dark days—his life is still in New York. He’ll have to persuade Julie that Christmas in Manhattan is just as inspiring, before the holidays put a final wrap on their relationship. Relentless: Battling his partner, his attraction to spitfire rancher and professional barrel racer Cody Lewis, and the demons of his past, Dallas detective Remy LeBeau must take the ultimate risk to catch a serial killer terrorizing the rodeo circuit. It could cost him everything—including Cody’s life. One Last Letter: At sixteen, Evelyn Lancaster rejected ranch hand Jesse Greenwood to save her father’s struggling ranch. Now a newly wealthy Jesse has returned home, and he’s drawn to the land he swore to never step foot on again. As long-held emotions rekindle, he can only admit his true feelings via unsigned letters left on Evelyn’s porch … until another man comes forward to claim the correspondence as his own. Will one final note give them the courage to say yes to love on the wild Texas plains? Killing Casanova: In the small ranch community of Lindley, Nevada, Jake Caswell has a reputation as a womanizer—that is, until he meets Cassie Taylor, a blind woman who is oblivious to his normally irresistible charms. As Jake attempts to add Cassie to his list of conquests, he unintentionally pulls her into a world of violence, old wounds, and enemies out for revenge. Will Cassie be able to uncover the man behind the mask amid the threat of peril, and find love in a tangled web of danger? Sensuality Level: Sensual