ADHD and the Edison Gene 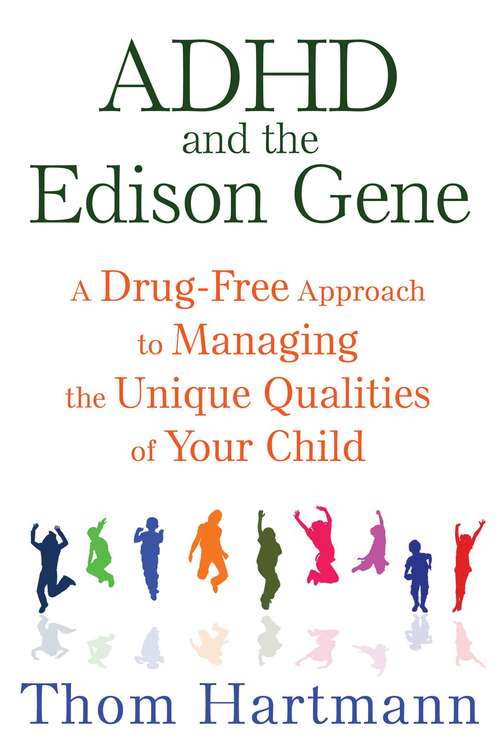 Explores how the ADHD gene is and has been critical to humanity’s development • Shows how artists, inventors, and innovators carry the gene necessary for the future survival of humanity • Explains why children with this gene are so often mislabeled in public schools as having a disorder • Offers concrete strategies for helping children reach their full potential In ADHD and the Edison Gene, Thom Hartmann shows that the creativity, impulsiveness, risk taking, distractibility, and novelty seeking that are characteristic of Attention Deficit Hyperactivity Disorder (ADHD) are not signs of a disorder at all but instead are components of a highly adaptive skill set utilized by our hunting and gathering ancestors. These characteristics have been critical to the survival and development of our modern civilization and will be vital as humanity faces new challenges in the future. Hartmann, creator of the “hunter versus farmer” theory of ADHD, examines the differences in neurology between people with ADHD and those without, sharing recent discoveries that confirm the existence of an ADHD gene and the global catastrophe 40,000 years ago that triggered its development. He cites examples of significant innovators with ADHD traits, such as Ben Franklin and Thomas Edison, and argues that the children who possess the ADHD gene have neurology that is wired to give them brilliant success as artists, innovators, inventors, explorers, and entrepreneurs. Emphasizing the role that parents and teachers can play in harnessing the advantages of ADHD, he shares the story of how Edison was expelled from school for ADHD-related behavior and luckily his mother understood how to salvage his self-esteem and prepare him for a lifetime of success. Offering concrete strategies for nurturing, educating, and helping these children reach their full potential, Hartmann shows that rather than being “problems” such children are a vital gift to our society and the world.