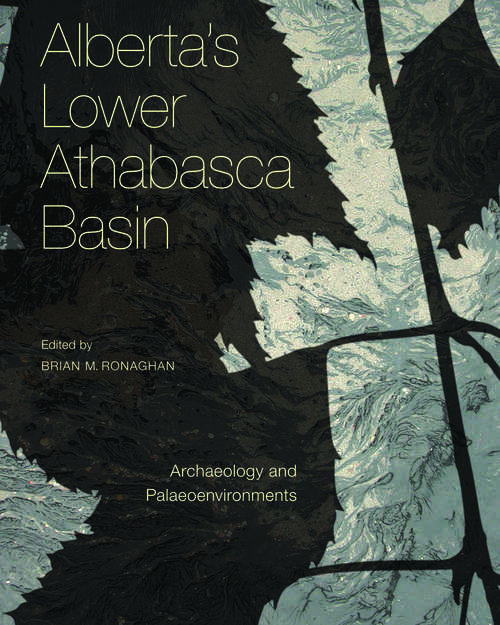 Over the past two decades, the oil sands region of northeastern Alberta has been the site of unprecedented levels of development. Alberta's Lower Athabasca Basin tells a fascinating story of how a catastrophic ice age flood left behind a unique landscape in the Lower Athabasca Basin, one that made deposits of bitumen available for surface mining. Less well known is the discovery that this flood also produced an environment that supported perhaps the most intensive use of boreal forest resources by prehistoric Native people yet recognized in Canada. Studies undertaken to meet the conservation requirements of the Alberta Historical Resources Act have yielded a rich and varied record of prehistoric habitation and activity in the oil sands area. Evidence from between 9,500 and 5,000 years ago—the result of several major excavations—has confirmed extensive human use of the region’s resources, while important contextual information provided by key geological and palaeoenvironmental studies has deepened our understanding of how the region’s early inhabitants interacted with the landscape.

Touching on various elements of this rich environmental and archaeological record, the contributors to this volume use the evidence gained through research and compliance studies to offer new insights into human and natural history. They also examine the challenges of managing this irreplaceable heritage resource in the face of ongoing development.