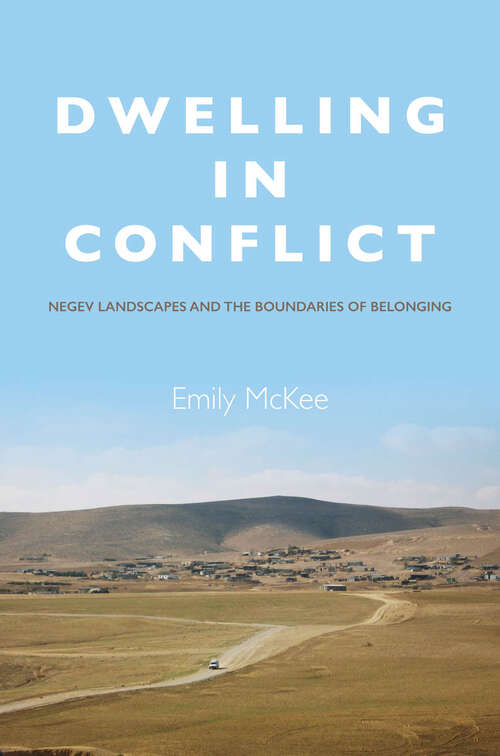 Land disputes in Israel are most commonly described as stand-offs between distinct groups of Arabs and Jews. In Israel's southern region, the Negev, Jewish and Bedouin Arab citizens and governmental bodies contest access to land for farming, homes, and industry and struggle over the status of unrecognized Bedouin villages. "Natural," immutable divisions, both in space and between people, are too frequently assumed within these struggles.

Dwelling in Conflict offers the first study of land conflict and environment based on extensive fieldwork within both Arab and Jewish settings. It explores planned towns for Jews and for Bedouin Arabs, unrecognized villages, and single-family farmsteads, as well as Knesset hearings, media coverage, and activist projects. Emily McKee sensitively portrays the impact that dividing lines--both physical and social--have on residents. She investigates the political charge of people's everyday interactions with their environments and the ways in which basic understandings of people and "their" landscapes drive political developments. While recognizing deep divisions, McKee also takes seriously the social projects that residents engage in to soften and challenge socio-environmental boundaries. Ultimately, Dwelling in Conflict highlights opportunities for boundary crossings, revealing both contemporary segregation and the possible mutability of these dividing lines in the future.