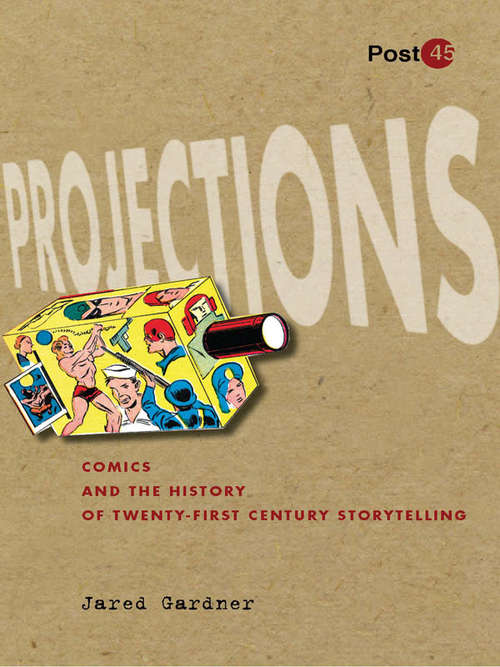 When Art Spiegelman's Maus won the Pulitzer Prize in 1992, it marked a new era for comics. Comics are now taken seriously by the same academic and cultural institutions that long dismissed the form. And the visibility of comics continues to increase, with alternative cartoonists now published by major presses and more comics-based films arriving on the screen each year.

Projections argues that the seemingly sudden visibility of comics is no accident. Beginning with the parallel development of narrative comics at the turn of the 20th century, comics have long been a form that invites—indeed requires—readers to help shape the stories being told. Today, with the rise of interactive media, the creative techniques and the reading practices comics have been experimenting with for a century are now in universal demand. Recounting the history of comics from the nineteenth-century rise of sequential comics to the newspaper strip, through comic books and underground comix, to the graphic novel and webcomics, Gardner shows why they offer the best models for rethinking storytelling in the twenty-first century. In the process, he reminds us of some beloved characters from our past and present, including Happy Hooligan, Krazy Kat, Crypt Keeper, and Mr. Natural.