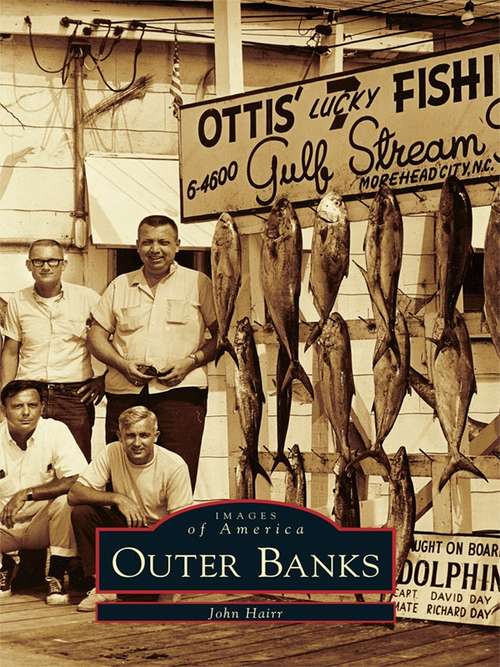 Adestination for many tourists eager for sun, sand, and a simpler way of life, and a far distant cry from the glitter and neon of more traditional, commercial oriented beaches, the Outer Banks of North Carolina is a natural wonder sheltering and buffering Eastern North Carolina from the volatile temperament of the Atlantic Ocean. Even before the official birth of North Carolina and into thetwenty-first century, this coastal strip of barrier islands has played an important role in the state's and nation's history, from the mysterious and tragic disappearance of the Lost Colony on Roanoke Island to its strategic importance during the Civil War and World War II to today, serving as a friendly haven for visitors worldwide. Outer Banks, with over 180 images, many seen here for the first time, is afascinating visual history, allowing the reader to explore the many different facets of life throughout the region. This volume is full of captivating scenes of early fishermen, both professional and amateur, proudly displaying their successful catches of the day; photographs of North Carolina's most famous aerial pioneers, the Wright Brothers, and their early experimental flying machines; views of many long-forgotten life saving stations, homes to countless brave volunteers who patrolled these turbulent waters, risking their own lives to save hundreds of sailors and passengers when their ships were in distress; and scenes of the Outer Banks' most notable and visible landmarks, its beautiful lighthouses, such as Cape Hatteras and Bodie Island.