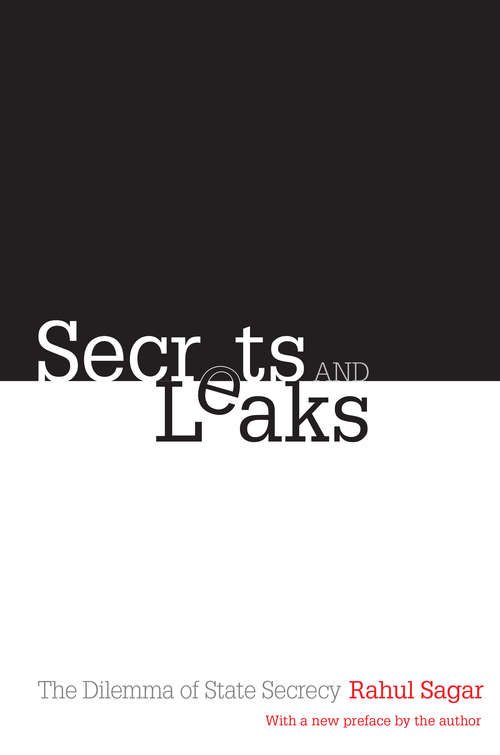 Secrets and Leaks examines the complex relationships among executive power, national security, and secrecy. State secrecy is vital for national security, but it can also be used to conceal wrongdoing. How then can we ensure that this power is used responsibly? Typically, the onus is put on lawmakers and judges, who are expected to oversee the executive. Yet because these actors lack access to the relevant information and the ability to determine the harm likely to be caused by its disclosure, they often defer to the executive's claims about the need for secrecy. As a result, potential abuses are more often exposed by unauthorized disclosures published in the press.

But should such disclosures, which violate the law, be condoned? Drawing on several cases, Rahul Sagar argues that though whistleblowing can be morally justified, the fear of retaliation usually prompts officials to act anonymously--that is, to "leak" information. As a result, it becomes difficult for the public to discern when an unauthorized disclosure is intended to further partisan interests. Because such disclosures are the only credible means of checking the executive, Sagar writes, they must be tolerated, and, at times, even celebrated. However, the public should treat such disclosures skeptically and subject irresponsible journalism to concerted criticism.