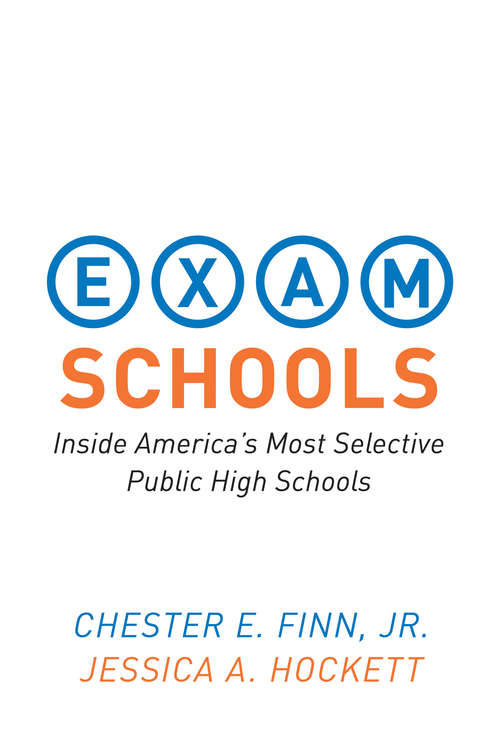 By: Chester E. Finn • Jessica A. Hockett
Login
Sign Up

What is the best education for exceptionally able and high-achieving youngsters? Can the United States strengthen its future intellectual leadership, economic vitality, and scientific prowess without sacrificing equal opportunity? There are no easy answers but, as Chester Finn and Jessica Hockett show, for more than 100,000 students each year, the solution is to enroll in an academically selective public high school. Exam Schools is the first-ever close-up look at this small, sometimes controversial, yet crucial segment of American public education. This groundbreaking book discusses how these schools work--and their critical role in nurturing the country's brightest students. The 165 schools identified by Finn and Hockett are located in thirty states, plus the District of Columbia. While some are world renowned, such as Boston Latin and Bronx Science, others are known only in their own communities. The authors survey the schools on issues ranging from admissions and student diversity to teacher selection. They probe sources of political support, curriculum, instructional styles, educational effectiveness, and institutional autonomy. Some of their findings are surprising: Los Angeles, for example, has no "exam schools" while New York City has dozens. Asian-American students are overrepresented--but so are African-American pupils. Culminating with in-depth profiles of eleven exam schools and thoughtful reflection on policy implications, Finn and Hockett ultimately consider whether the country would be better off with more such schools. At a time of keen attention to the faltering education system, Exam Schools sheds positive light on a group of schools that could well provide a transformative roadmap for many of America's children.