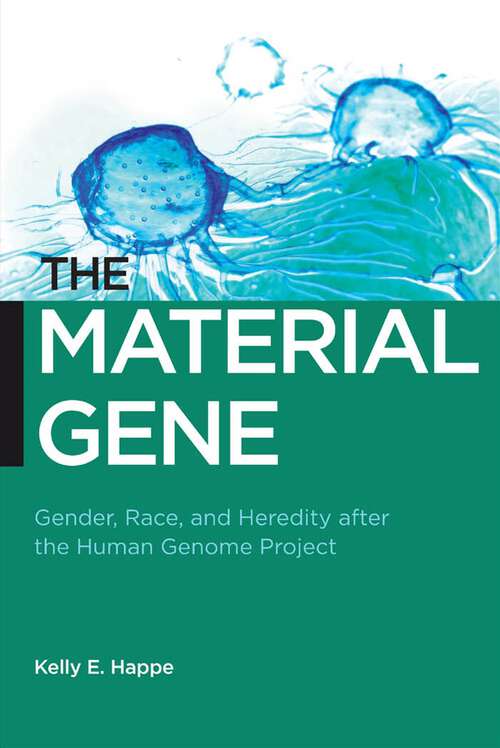 In 2000, the National Human Genome Research Institute announced the completion of a "draft" of the human genome, the sequence information of nearly all 3 billion base pairs of DNA. Since then, interest in the hereditary basis of disease has increased considerably. In The Material Gene, Kelly E. Happe considers the broad implications of this development by treating "heredity" as both a scientific and political concept. Beginning with the argument that eugenics was an ideological project that recast the problems of industrialization as pathologies of gender, race, and class, the book traces the legacy of this ideology in contemporary practices of genomics. Delving into the discrete and often obscure epistemologies and discursive practices of genomic scientists, Happe maps the ways in which the hereditarian body, one that is also normatively gendered and racialized, is the new site whereby economic injustice, environmental pollution, racism, and sexism are implicitly reinterpreted as pathologies of genes and by extension, the bodies they inhabit. Comparing genomic approaches to medicine and public health with discourses of epidemiology, social movements, and humanistic theories of the body and society, The Material Gene reworks our common assumption of what might count as effective, just, and socially transformative notions of health and disease.