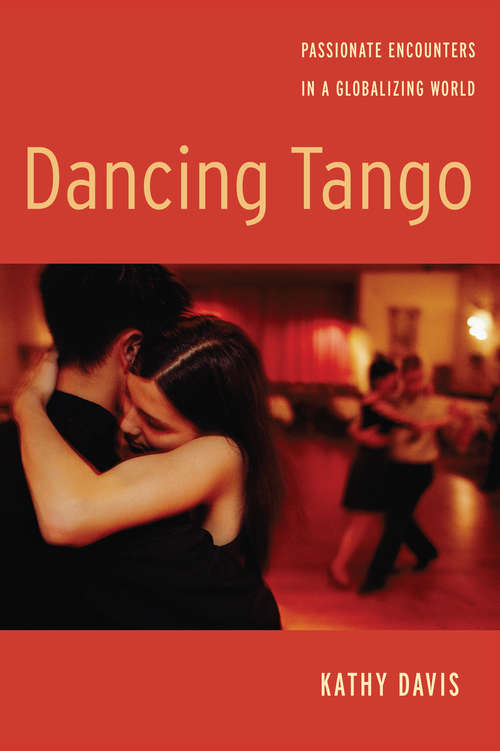 is a global phenomenon. Since its origin among immigrants from the slums of

Buenos Aires and Montevideo, it has crossed and re-crossed many borders.Yet, never before has tango been danced by so

many people and in so many different places as today. Argentinean tango is more

than a specific music and style of dancing. It is also a cultural imaginary

In the wake of its latest revival, tango has become both a cultural symbol of

Argentinean national identity and a transnational cultural space in which a modest, yet growing number of dancers from different

parts of the globe meet on the dance floor.

Through interviews and ethnographical research in

Amsterdam and Buenos Aires, Kathy Davis shows why a dance from another era and

what happens to them as they become caught up in the tango salon culture. She

shows how they negotiate the ambivalences, contradictions, and hierarchies of

gender, sexuality, and global relations of power between North and South in

feminist and postcolonial theories--seems, at best, odd, and, at worst,

disreputable and even a bit shameful. She uses the disjuncture between the

exploring the workings of passion as experience, as performance, and as

cultural discourse. She concludes that

overtones than a passionate encounter across many different borders between

dancers who share a desire for difference and a taste of the 'elsewhere.' Dancing

Tango is a vivid, intriguing account of an important global cultural