The End Of Cinema As We Know It 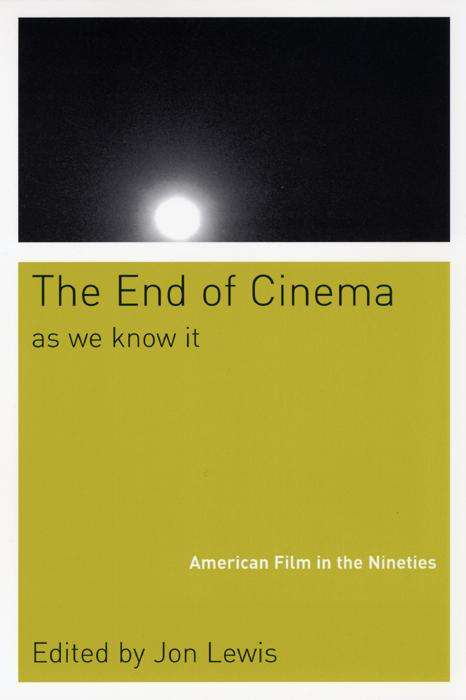 Almost half a century ago, Jean-Luc Godard famously remarked, "I await the end of cinema with optimism." Lots of us have been waiting forand wondering aboutthis prophecy ever since. The way films are made and exhibited has changed significantly. Films, some of which are not exactly "films" anymore, can now be projected in a wide variety of wayson screens in revamped high tech theaters, on big, high-resolution TVs, on little screens in minivans and laptops. But with all this new gear, all these new ways of viewing films, are we necessarily getting different, better movies? The thirty-four brief essays in The End of Cinema as We Know It attend a variety of topics, from film censorship and preservation to the changing structure and status of independent cinemafrom the continued importance of celebrity and stardom to the sudden importance of alternative video. While many of the contributors explore in detail the pictures that captured the attention of the nineties film audience, such as Jurassic Park, Eyes Wide Shut, South Park: Bigger, Longer and Uncut, The Wedding Banquet, The Matrix, Independence Day, Gods and Monsters, The Nutty Professor, and Kids, several essays consider works that fall outside the category of film as it is conventionally definedthe home "movie" of Pamela Anderson and Tommy Lee's honeymoon and the amateur video of the LAPD beating of Rodney King. Examining key films and filmmakers, the corporate players and industry trends, film styles and audio-visual technologies, the contributors to this volume spell out the end of cinema in terms of irony, cynicism and exhaustion, religious fundamentalism and fanaticism, and the decline of what we once used to call film culture. Contributors include: Paul Arthur, Wheeler Winston Dixon, Thomas Doherty, Thomas Elsaesser, Krin Gabbard, Henry Giroux, Heather Hendershot, Jan-Christopher Hook, Alexandra Juhasz, Charles Keil, Chuck Klienhans, Jon Lewis, Eric S. Mallin, Laura U. Marks, Kathleen McHugh, Pat Mellencamp, Jerry Mosher, Hamid Naficy, Chon Noriega, Dana Polan, Murray Pomerance, Hillary Radner, Ralph E. Rodriguez, R.L. Rutsky, James Schamus, Christopher Sharrett, David Shumway, Robert Sklar, Murray Smith, Marita Sturken, Imre Szeman, Frank P. Tomasulo, Maureen Turim, Justin Wyatt, and Elizabeth Young.