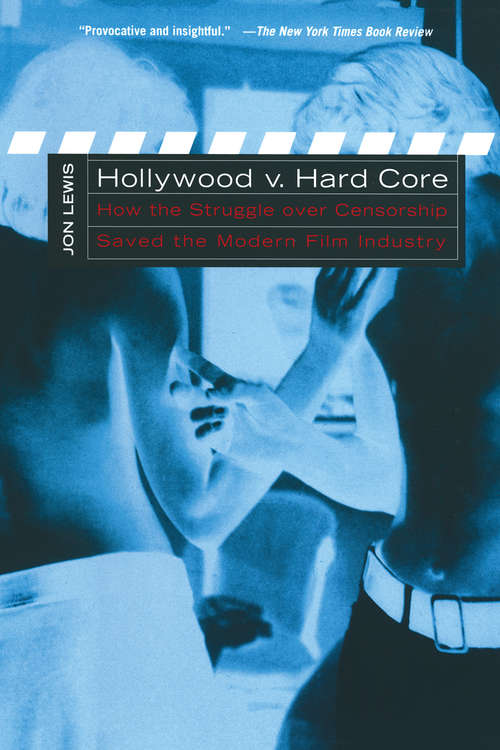 In 1972, The Godfather and Deep Throat were the two most popular films in the country. One, a major Hollywood studio production, the other an independently made "skin flick." At that moment, Jon Lewis asserts, the fate of the American film industry hung in the balance.Spanning the 20th century, Hollywood v. Hard Core weaves a gripping tale of censorship and regulation. Since the industry's infancy, film producers and distributors have publicly regarded ratings codes as a necessary evil. Hollywood regulates itself, we have been told, to prevent the government from doing it for them. But Lewis argues that the studios self-regulate because they are convinced it is good for business, and that censorship codes and regulations are a crucial part of what binds the various competing agencies in the film business together. Yet between 1968 and 1973 Hollywood films were faltering at the box office, and the major studios were in deep trouble. Hollywood's principal competition came from a body of independently produced and distributed films--from foreign art house film Last Tango in Paris to hard-core pornography like Behind the Green Door--that were at once disreputable and, for a moment at least, irresistible, even chic. In response, Hollywood imposed the industry-wide MPAA film rating system (the origins of the G, PG, and R designations we have today) that pushed sexually explicit films outside the mainstream, and a series of Supreme Court decisions all but outlawed the theatrical exhibition of hard core pornographic films. Together, these events allowed Hollywood to consolidate its iron grip over what films got made and where they were shown, thus saving it from financial ruin.