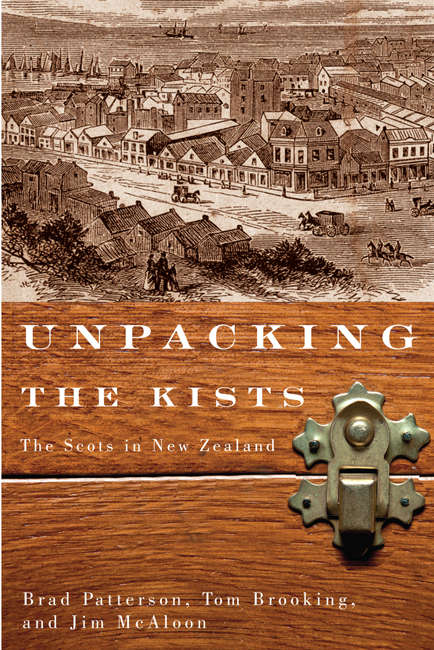 The authors establish the dimensions of Scottish migration to New Zealand, the principal source areas, the migrants' demographic characteristics, and where they settled in the new land. Drawing from extended case-studies, they examine how migrants adapted to their new environment and the extent of longevity in diverse areas including the economy, religion, politics, education, and folkways. They also look at the private worlds of family, neighbourhood, community, customs of everyday life and leisure pursuits, and expressions of both high and low forms of transplanted culture.

Adding to international scholarship on migrations and cultural adaptations, Unpacking the Kists demonstrates the historic contributions Scots made to New Zealand culture by retaining their ethnic connections and at the same time interacting with other ethnic groups.