The Adventures of Mao on the Long March 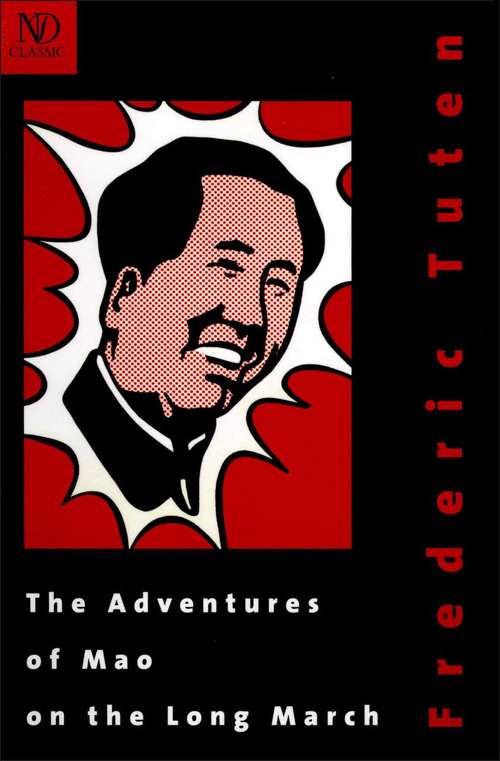 A revolutionary comic masterpiece, an icon of literature as American pop art, and a book unlike any other, The Adventures of Mao on the Long March breaks all frames.

Frederic Tuten's subversive, witty, and triumphant 1971 novel is caught somewhere between the clear-eyed rhapsodies of James Fenimore Cooper and Mao Tse Tung's own Address to the Yenan Forum on Art and Literature. Tuten peppers his deadpan textbook narrative of Mao's long march with loving parodies of Hemingway, Kerouac, Dos Passos, and Malamud. As John Updike comments, the book includes: "twenty-seven pages of straight history of the Long March" and "thirty-six and a half pages of quotations in quotation marks, from unidentified sources (such as, diligent research discovers, Hawthorne's Marble Faun, Walter Pater's Marius the Epicurean ) and twenty-six pages of what might be considered normal novelistic substanceimaginary encounters and conversation. For example: Chairman Mao is in his tent, after the strain of the Tatu campaign. He hears the rumble of a tank: 'A tank, covered with peonies and laurels, advances towards him. Mao thinks the tank will crush him, but it clanks to a halt. The turret rises, hesitantly. Greta Garbo, dressed in red sealskin boots, red railway-man's cap, and red satin coveralls, emerges. She speaks: "Mao, I have been bad in Moscow and wicked in Paris, I have been loved in every capital, but I have never met a MAN whom I could love. That Man is you, Mao, Mao mine." Mao considers this dialectically. The woman is clearly mad. Yet she is beautiful and the tank seems to work.' "