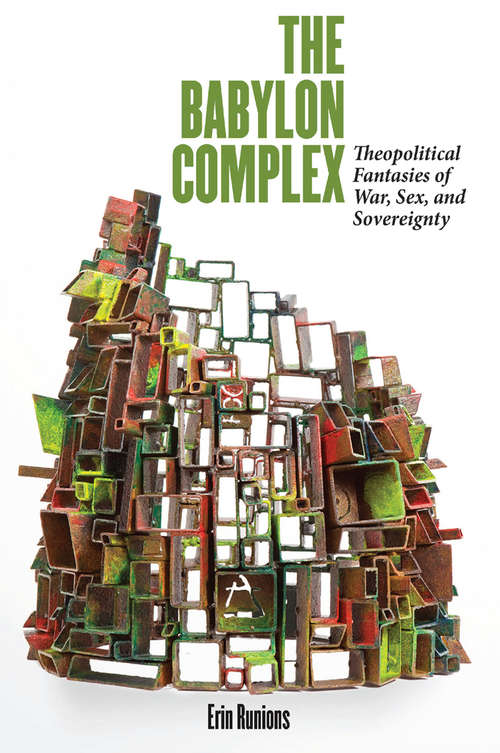 Babylon is a surprisingly multivalent symbol in U.S. culture and politics. Political citations of Babylon range widely, from torture at Abu Ghraib to depictions of Hollywood glamour and decadence. In political discourse, Babylon appears in conservative ruminations on democratic law, liberal appeals to unity, Tea Party warnings about equality, and religious advocacy for family values. A composite biblical figure, Babylon is used to celebrate diversity and also to condemn it, to sell sexuality and to regulate it, to galvanize war and to worry about imperialism.

Erin Runions explores the significance of these shifts and contradictions, arguing that together they reveal a theopolitics that tries to balance the drive for U.S. dominance with the countervailing ideals and subjectivities of economic globalization. Examining the confluence of cultural formations, biblical interpretations, and (bio)political philosophies, The Babylon Complex shows how theopolitical arguments for war, sexual regulation, and political control both assuage and contribute to anxieties about waning national sovereignty. Theoretically sophisticated and engaging, this remarkable book complicates our understanding of how the Bible affects U.S political ideals and subjectivities.