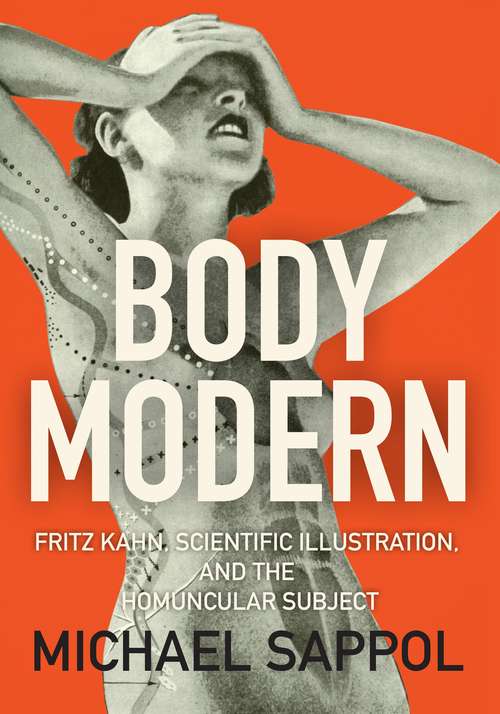 A poster first printed in Germany in 1926 depicts the human body as a factory populated by tiny workers doing industrial tasks. Devised by Fritz Kahn (1888–1968), a German-Jewish physician and popular science writer, “Der Mensch als Industriepalast” (or “Man as Industrial Palace”) achieved international fame and was reprinted, in various languages and versions, all over the world. It was a new kind of image—an illustration that was conceptual and scientific, a visual explanation of how things work—and Kahn built a career of this new genre. In collaboration with a stable of artists (only some of whom were credited), Kahn created thousands of images that were metaphorical, allusive, and self-consciously modern, using an eclectic grab-bag of schools and styles: Dada, Art Deco, photomontage, Art Nouveau, Bauhaus functionalism, and commercial illustration. In Body Modern, Michael Sappol offers the first in-depth critical study of Fritz Kahn and his visual rhetoric. Kahn was an impresario of the modern who catered to readers who were hungry for products and concepts that could help them acquire and perform an overdetermined “modern” identity. He and his artists created playful new visual tropes and genres that used striking metaphors to scientifically explain the “life of Man.” This rich and largely obscure corpus of images was a technology of the self that naturalized the modern and its technologies by situating them inside the human body.The scope of Kahn’s project was vast—entirely new kinds of visual explanation—and so was his influence. Today, his legacy can be seen in textbooks, magazines, posters, public health pamphlets, educational websites, and Hollywood movies. But, Sappol concludes, Kahn’s illustrations also pose profound and unsettling epistemological questions about the construction and performance of the self. Lavishly illustrated with more than 100 images, Body Modern imaginatively explores the relationship between conceptual image, image production, and embodied experience.