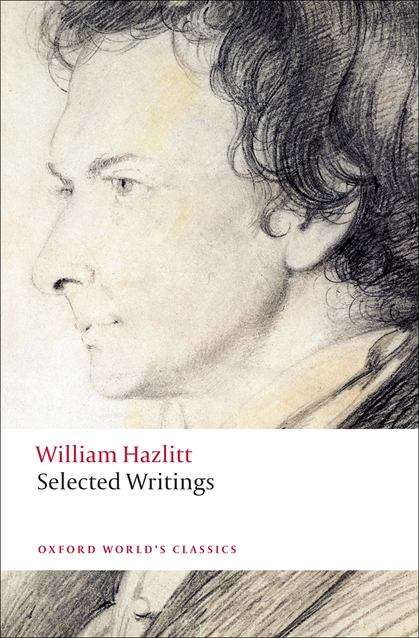 William Hazlitt (1778-1830) developed a variety of identities as a writer: essayist, philosopher, critic of literature, drama and art, biographer, political commentator, and polemicist. Praised for his eloquence, he was also reviled by conservatives for his radical politics. This edition, thematically organized for ease of access, contains some of his best-known essays, such as "The Indian Jugglers" and "The Fight," as well as more obscure pieces on politics, philosophy, and culture.

For over 100 years Oxford World's Classics has made available the broadest spectrum of literature from around the globe. Each affordable volume reflects Oxford's commitment to scholarship, providing the most accurate text plus a wealth of other valuable features, including expert introductions by leading authorities, voluminous notes to clarify the text, up-to-date bibliographies for further study, and much more.