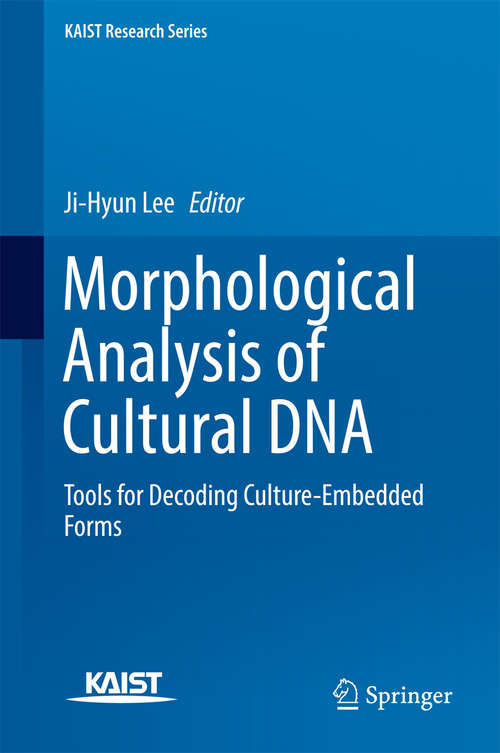 This volume describes research in computational design which implements shape grammars or space syntax for morphological analysis, applying these scientific and rule-based methodologies to cultural aspects of the field. The term 'cultural DNA' describes the effort to explore computational design from the perspectives of a meme, a socio-cultural analogy to genes. Based on the 1st Cultural DNA Workshop, held at KAIST, Daejeon, Korea in 2015, the book considers whether there is such a thing as a 'cultural DNA' common throughout various domains, and if so how computer-assisted tools and methodologies play a role in its investigation.   Following an introduction covering some fundamental theories of cultural DNA research, part two of the book describes morphological analysis in architecture, with examples from Malaysia and China. Part three then moves up to morphological analysis at the urban scale, including discussion of morphological evolution in France, development of a model Korean city, and introducing a rule-based generative analysis approach for urban planning. Part four considers methods for analysing the DNA of other cultural artefacts such as online games, novels, cars, and music, and part five introduces the tools under development that aid morphological cultural DNA research including topics about shape grammar, building information modeling (BIM), cultural persona, and prototyping.   The book will be of significant interest to those involved in the cultural aspects of urban and architectural design, cultural informatics and design research.