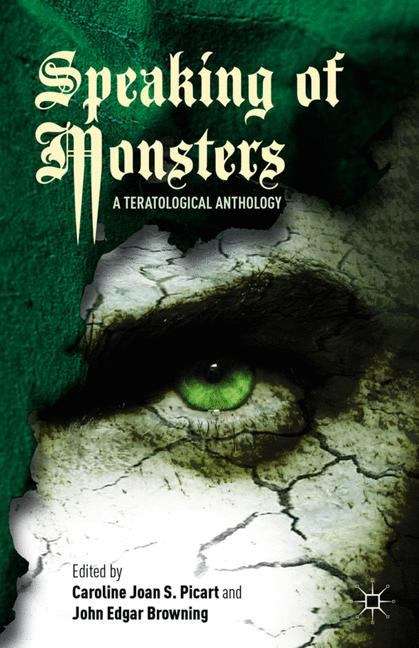 Despite its apparently monolithic definition, 'teratology' (from the Greek word teras, meaning 'monster, ' and the Latin logy, which is derived from the Greek logia, meaning 'a speaking, discourse, treatise, doctrine, theory, science') seems infinitely malleable, flourishing in various rhetorical environments. Teratologies are more than a bestiary: a catalogue of 'freaks' designed to celebrate the 'normal. ' Rather, teratologies illustrate how humor, horror, fantasy and the 'real' cross-fertilize each other, resulting in the possibility of new worlds, ethics, and narratives, emerging. As a general anthology of teratologies, this book simply maps what, in many ways, has already been occurring across several fields, as it tracks the expansion of this term, creating lacunae that form connections across multiple interpretive communities. It is a cross section of how "monster narratives" intersect with "outsider" positions, from different perspectives - such as those of literary critics, film critics, criminologists, law professors, historians, philosophers - and looks into various strategies of destabilizing normative binaries.