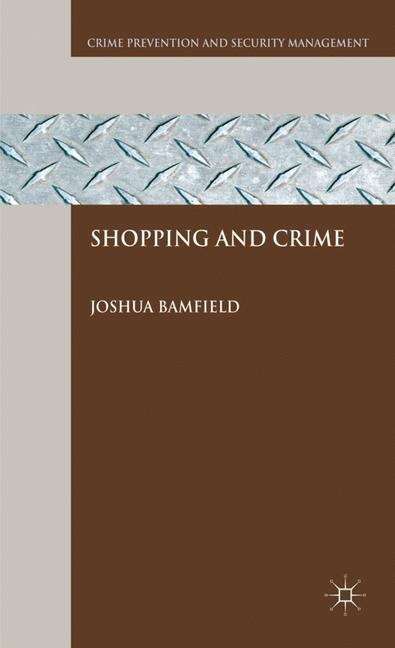 For many people ‘going shopping’ is seen as one of life’s great pleasures. It combines the excitement of a bargain, the thrill of the chase, new experiences, three-dimensional mental arithmetic, disappointments, successes, the pleasures of varied interactions with other people, the chance to renew old acquaintances, manual labour and, often, exhaustion. It is thought to be heavily gendered, with males being more utilitarian, focusing only on buying particular items (or refusing to engage in shopping), and females being as interested in the processes and often more wide-ranging in the product categories they will buy on a shopping expedition (Woodruffe, 1997; Miller, 2008).

t the same time, retailing is also a major crime scene, with retailers being the most targeted victims of crime. There are many times more crimes against retailers than domestic burglaries, robberies or car crime. The total stolen is also higher. Retailers in the United Kingdom lost goods and cash costing £3,664 million ($5.9 billion) to retail crime in 2010 (Bamfield, 2010a) and according to a sample survey by the British Retail Consortium (BRC) caught almost one-half million people stealing from them (BRC, 2011a). In the United States the total stolen was estimated to be as high as $32.6 billion.