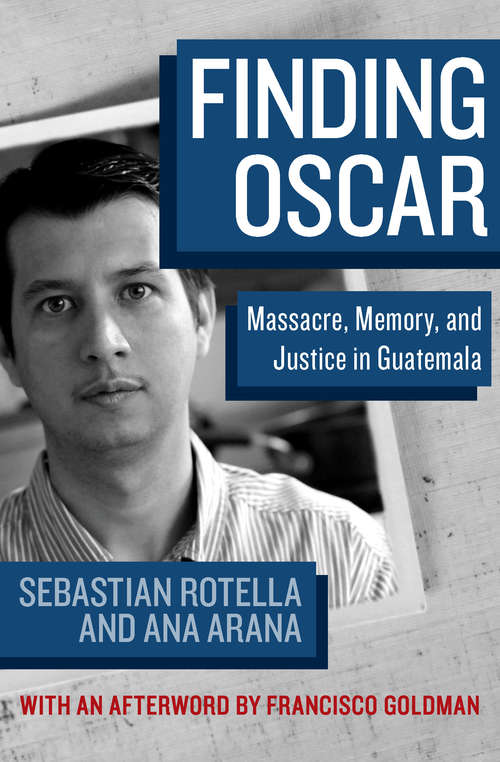 The harrowing and heartrending story of Guatemala’s Dos Erres massacre, and the survivors whose lives were forever changed by it In 1982, at the height of Guatemala’s civil war, twenty soldiers from the army’s commando unit, called the Kaibiles, invaded the farming village of Dos Erres. Masquerading as leftist guerillas, the squad members cut their way through the small town, killing more than 250 men, women, and children. Only a handful of people survived. One of them, a young boy, was adopted by Kaibil lieutenant Ramírez and raised by Ramírez’s family, who named him Oscar. Just three years old at the time of the massacre, Oscar grew up unaware of his true origins. It wasn’t until almost thirty years later, living in the suburbs of Boston with a family of his own, that Oscar would learn the truth. Drawn from interviews with massacre survivors, commandos-turned-protected witnesses, lawyers, and forensic anthropologists, Finding Oscar is a powerful, groundbreaking investigation into the Dos Erres massacre and its aftermath. It is an unforgettable account of the secret abductions of Dos Erres survivors, the mission to bring the perpetrators to justice, and the courage of the Guatemalan people. This ebook contains content not available anywhere else. Additional features include: A preface by Sebastian Rotella An afterword by acclaimed author Francisco GoldmanOscar’s story is also featured on the May 25, 2012, episode of This American Life, available for download at www.thisamericanlife.org. A slide show, timeline, and details about how this story was reported can be found at www.propublica.org.