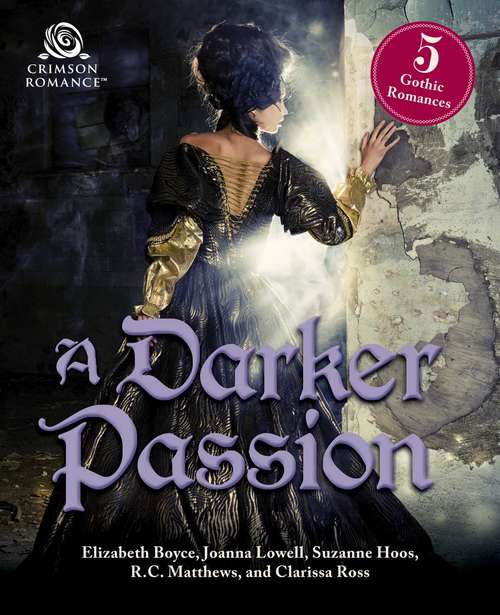 Strange and frightening events may surround these couples, but the dark world doesn’t hold a candle to the power of love. Discover the mystery and passion that awaits in the shadows in these five thrilling romances.Honor Among Thieves: Ladies don’t rob graves, but Lorna Robbins must take drastic measures to pay off her recently deceased brother’s debts and save her family estate and younger sibling. Surgeon and anatomy teacher Brandon Dewhurst relies on resurrectionists to bring him the specimens he needs to further his research. When Lorna and Brandon both target the same body—a pregnant woman who is still very much alive—they find themselves powerfully drawn together time and again—but this daring duo is courting danger, and romance is a complication neither can afford. Dark Season: When doctors tell Ella Arlington that her epilepsy will prevent her from living a normal life, she flees to London to avoid an institution, determined to control her own destiny. There Ella’s epileptic fit is mistaken for spiritual possession, and Viscount Isidore Blackwood sets out to prove her a con artist. But when some surprising truths come to light about his former fiancée’s death, Isidore makes a devil’s pact with Ella to flush out a killer. Will Isidore let his fury and guilt consume his own soul in the process? And can Ella trust him enough to gamble on a future she never thought she could have? The Pirate’s Lady: Cate Whitfield is stunned to learn that Captain Alexander Chase, the bloodthirsty pirate who murdered her betrothed, is someone her father holds in high regard. Feisty Cate mesmerizes Alex, but the former pirate isn’t about to let her public accusations deter his own agenda for vengeance. He’s returned to Promise, New Jersey, to retaliate against the man who murdered his father…the man who just happens to be Cate’s father. Can these two wounded hearts find out the truth before it’s too late, or is their love doomed to walk the plank? Devil’s Cove: Captain Devlin Limmerick, the pirate feared as the Devil on the high seas, eagerly takes ownership of the abandoned Devil Cove’s Manor in his quest for vengeance on his past. Only Grace, a beautiful but blind medium, can aid him with his nefarious plan. Yet even though she finds herself drawn to the Devil’s darkness, she refuses to sacrifice her soul to set his revenge in motion. Plunged into the throes of passion and danger, they discover the only way out of the evil closing in on them is to summon the courage to believe in true love. Jennifer by Moonlight: Lucy Dorset came to Moorgate as the happy bride of a dedicated young doctor. But she soon discovers that the old stone house is inhabit by a pale and lovely ghost, a victim of a fatal romantic triangle long ago. Is Lucy imagining her husband’s sudden jealous moods? And is the sultry Sheila Farley a rival for his affections? It’s possible the unhappy spirits of Moorgate are pushing Lucy toward a reenactment of a violent, century-old tragedy—and she alone must rid the house of the menacing presence threatening her marriage. Sensuality Level: Sensual