Beyond Red and Blue 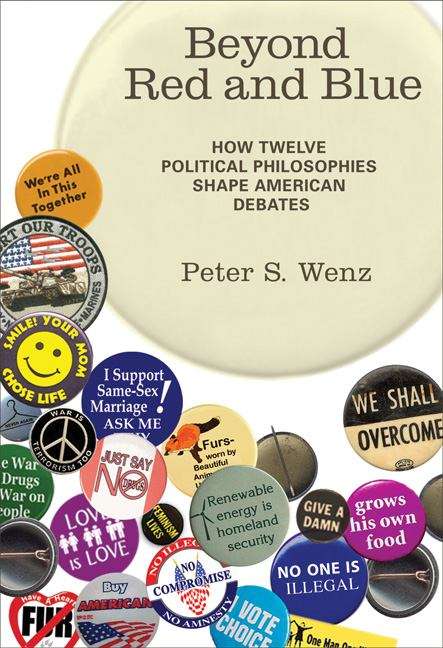 On any given night cable TV news will tell us how polarized American politics is: Republicans are from Mars, Democrats are from Canada. But in fact, writes Peter Wenz in Beyond Red and Blue,Americans do not divide neatly into two ideological camps of red/blue, Republican/Democrat, right/left. If they did, what could explain Republicans who oppose the Patriot Act and support gay marriage, or liberals and conservatives who agree over genetic engineering? In real life, as Wenz shows, different ideologies can converge on certain issues; people from the right and left can support the same policy for different reasons. Thus, for example, libertarian-leaning Republicans can oppose the Patriot Act's encroachment on personal freedom and social conservatives can support gay marriage on the grounds that it strengthens the institution of marriage; liberals might oppose genetic engineering on environmental grounds, conservatives on religious grounds. Wenz maps out twelve political philosophies--ranging from theocracy and free-market conservatism to feminism and cosmopolitanism--on which Americans draw when taking political positions. He then turns his focus to some of America's most controversial issues and, through in-depth discussions of fourteen of them, shows how ideologically diverse coalitions can emerge. These hot-button issues include extending life by artificial means (as in the Terry Schiavo case); the war on drugs; the war on terrorism; affirmative action; abortion; same-sex marriage; healthcare; immigration; and globalization. Awareness of these twelve political philosophies, Wenz argues, can help activists enlist allies, citizens better understand politics and elections, and all of us define our own political identities.